Written by Baird Maritime on February 1, 2018. Posted in Dredging and Land Reclamation. 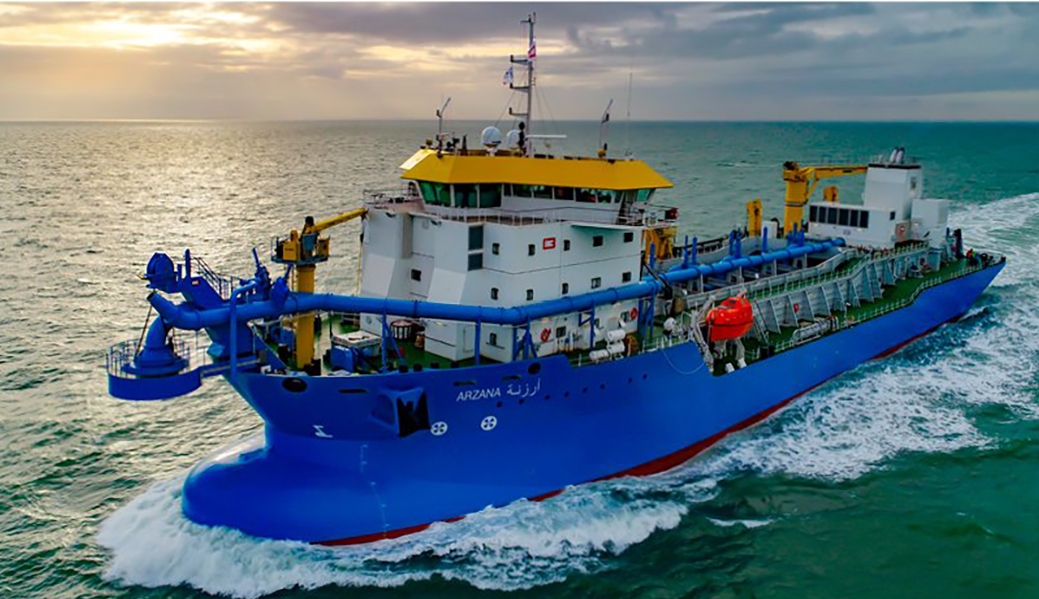 Being built at Royal IHC’s shipyard at Kinderdijk for the Abu Dhabi-based National Marine Dredging Company (NMDC), the TSHD is a tailor-made solution that combines a shallow draught and a large dredging depth with high manoeuvrability while operating in high temperatures.

Launched on September 20, Arzana is scheduled for delivery in early 2018.