Chinese-built dredger heads down under 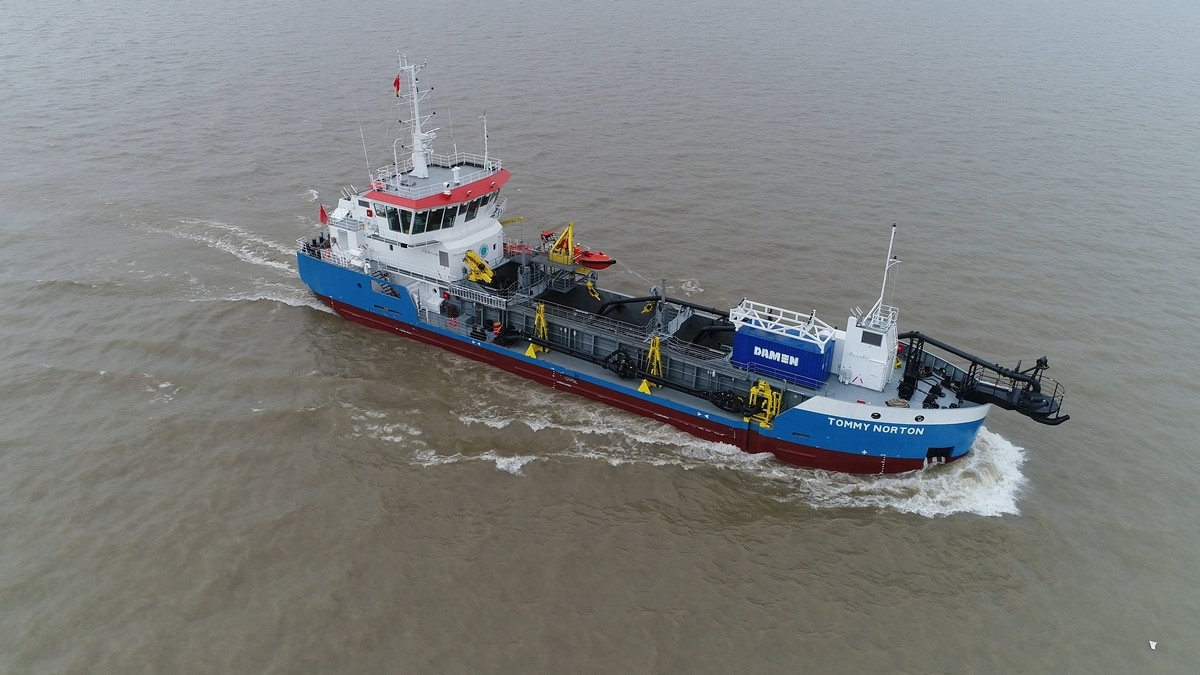 A new trailing suction hopper dredger (TSHD) has successfully completed sea trials in Shanghai and is now underway to new owner, Gippsland Ports in Australia, on her own keel.

Having left Shanghai on July 14, a team is sailing Tommy Norton approximately 5,000 nautical miles over a period of approximately 30 days to reach Australia. Along the way, the vessel will stop off in Guam for bunkering and to enable the crew to take on supplies of fresh water and food.

Among its various marine infrastructure responsibilities for the state of Victoria, Gippsland Ports is the designated waterway manager of 1,431km2 of some of the largest and most beautiful waterways in Australia, stretching from Anderson Inlet to Mallacoota over 720 kilometres of the south-eastern coastline of Victoria. The new dredger will be used to maintain entry to the port of Lakes Entrance and the Gippsland Lakes system, which is used by recreational, fishing and supply vessels. 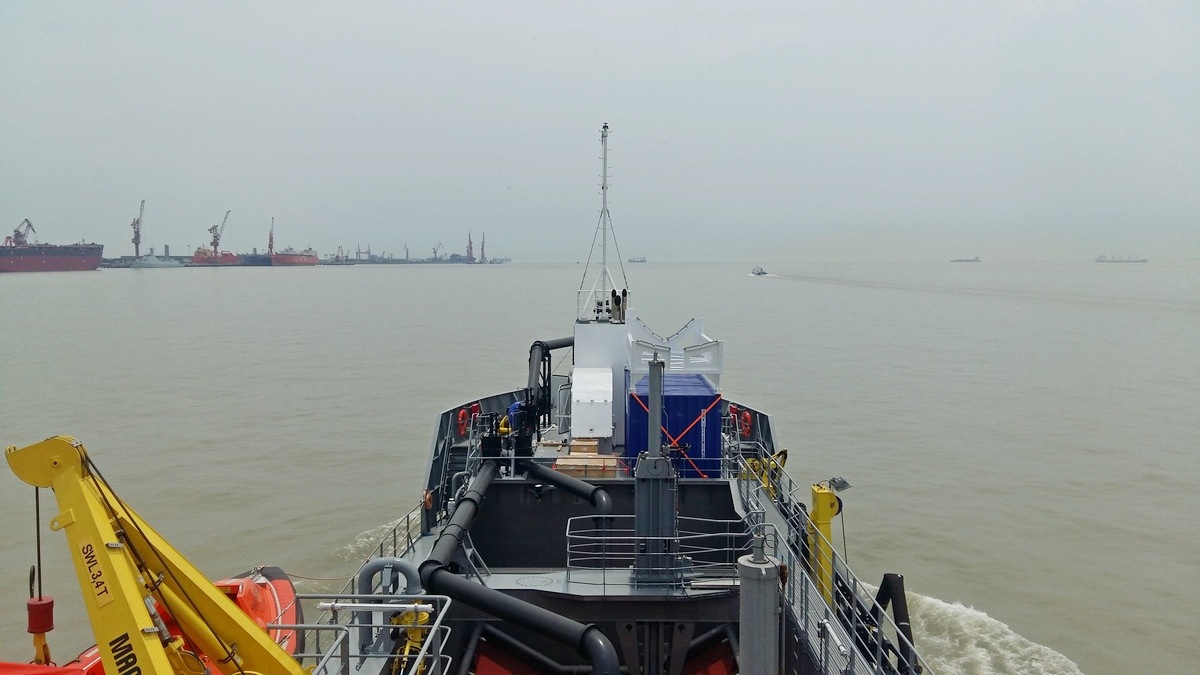 To achieve this mission effectively the TSHD 650 has been modified to increase the installed propulsion power, allowing her to manage the strong currents encountered in the harbour’s entrance. To minimise disruption to the local ecosystem, an anti-turbidity valve has been fitted on the overflow to reduce air bubbles and visible plumage in the water. Additional features include an indication package to measure soil density. This allows the suction pipe to be angled precisely for accurate operations. The dredging process will be made even more efficient by the installation of the navigational dredging aid, NavGuard, indicating the area and quantity of substrate dredged.

Capable of dredging to depths of 15 metres, the dredger has been built with self-emptying capabilities with bottom doors for dumping and the choice of either a bow connection or rainbow expulsion for beach reclamation work. In order to increase the vessel’s payload capacity when dredging sand with a high specific density, Damen has reduced the freeboard of the vessel and applied a dredge mark.

Upon arrival in Australia, Tommy Norton will undergo dredging trials.