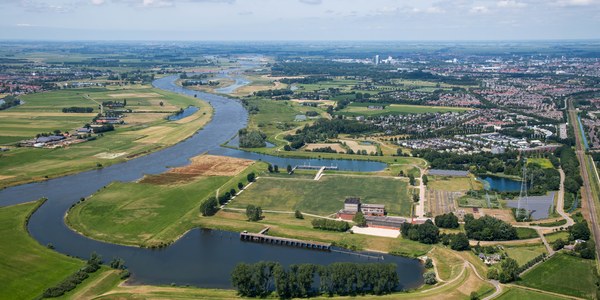 The projects are part of the national Flood Protection Program in which the government and regional Water Boards work together to protect the Netherlands against flooding. Based on current estimates, the combined contract value for Boskalis amounts to approximately €200 million (US$233 million).

Boskalis will reinforce the IJssel dike over a distance of almost 30 kilometres between Zwolle and Olst on behalf of the Drents Overijsselse Delta Water Board. The dike protects the residents of the Salland region against flooding from the river IJssel and the IJsselmeer lake.

Boskalis will also strengthen the IJssel dike at Krimpenerwaard over a distance of 10 kilometers on behalf of the Schieland and Krimpenerwaard Water Board. The dike must provide protection against high water and flooding of the Hollandsche IJssel river and protects more than 200,000 residents and the economic value ​​of the hinterland.
The latter project will be carried out in joint venture with Van Hattum en Blankevoort.

Both projects have a plan development phase and an execution phase resulting in a total project duration up to 2026.

In addition to these projects, Boskalis is actively involved in the national Flood Protection Program and is currently working with partners to strengthen the Markermeer dikes and has recently completed the reinforcements of the Houtrib dike and the Wadden Sea dike between Eemshaven and Delfzijl.‎