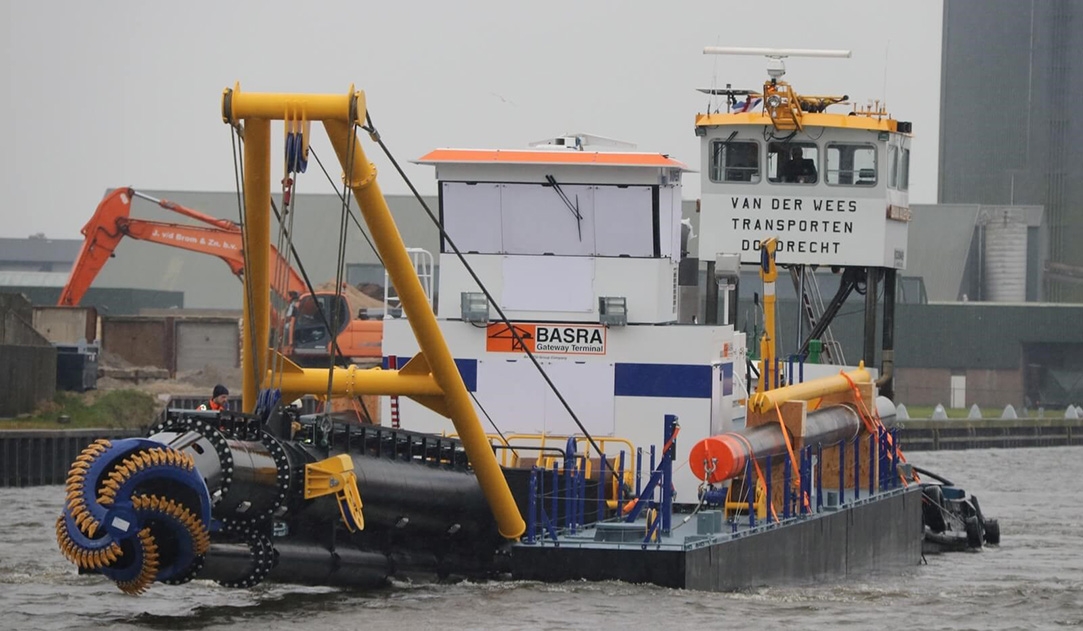 A new Dutch-built cutter suction dredger has arrived at the Port of Umm Qasr, Iraq to begin work at the Basra Gataway Terminal.

The customised Damen CSD named Ishtar (the Mesopotamian goddess of love) was towed to Rotterdam before being shipped to Iraq.

The dredger’s first job will be creating 400 metres of quay wall as part of the port extension for Basra Gataway Terminal.

The cutter ladder was extended for a maximum dredging depth of -16 metres. Other additions include a swivel hose and 400 metres of floating pipe line.