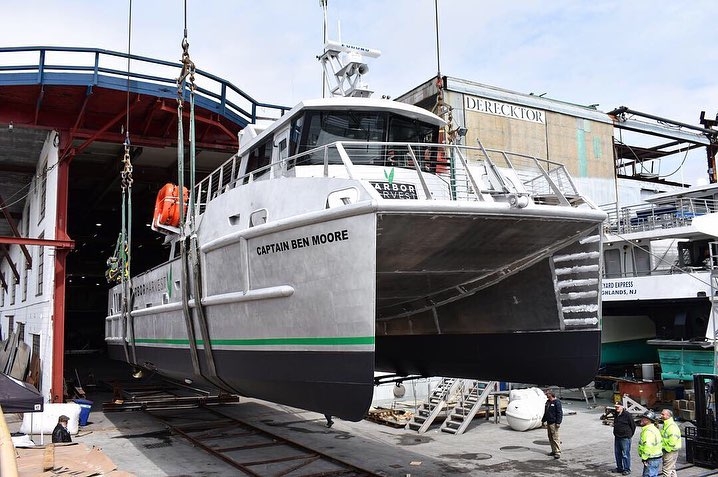 The 19-metre Captain Ben Moore is a purpose-built hybrid cargo vessel to be used for transporting farm and food products.

Harbor Harvest owner Bob Kunkel said the catamaran can carry up to five tonnes of cargo, which is the equivalent of the total capacity of three to five full trucks.

Kunkel said it could complete the one-way journey in as little as 45 minutes whereas it would take trucks nine hours to travel between the two cities.

The newbuild’s maiden voyage is scheduled for May.