Who’s Who: Maritime Movements for April 2020

Written by Alex Baird on May 4, 2020. Posted in Work Boat World Features. 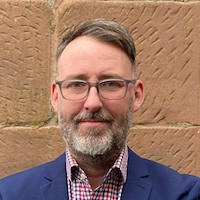 Scotland-based Malin Group is introducing a new hatches product range to its current marine offering and has appointed Fraser Gunn as its new business unit manager. Gunn will be tasked with spearheading the company’s provision of gas and watertight hatches and doors for fixed and floating offshore platforms and marine craft. Gunn brings more than 20 years’ experience in supplying door and hatch products to the marine and offshore sectors, including A60, watertight, weatherproof and shock resistant products.

Rolls-Royce Power Systems is expanding its management board. The supervisory board has appointed Otto Preiss as Chief Operating Officer (COO) to the management board, starting May 1. In the course of a professional career spanning over 30 years at power and automation specialist ABB, Preiss has accumulated wide-ranging experience in various global leadership positions. Most recently he was Group Senior Vice President, acting in the role of Chief Operating Officer Digital, and prior to that headed up ABB’s global Motors and Generators division. 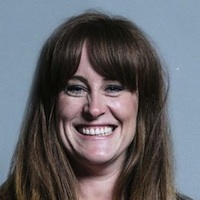 Lasse Carøe Henningsen is to become the new Chief Financial Officer (CFO) at Hamburg Süd. He will be succeeding the current CFO Jakob Wegge-Larsen, who has held this position since December 2017 and will be returning to Maersk in Copenhagen at the end of June. In February 2020, he assumed the position of CFO of the Maersk division Ocean and Logistics in parallel with his role at Hamburg Süd. When Lasse Carøe Henningsen starts at Hamburg Süd on June 1, he will be in charge of the Business Finance and Accounting divisions as well as the SAP project. He and Dr. Arnt Vespermann, the company’s CEO, will together make up the Management Board of Hamburg Süd.