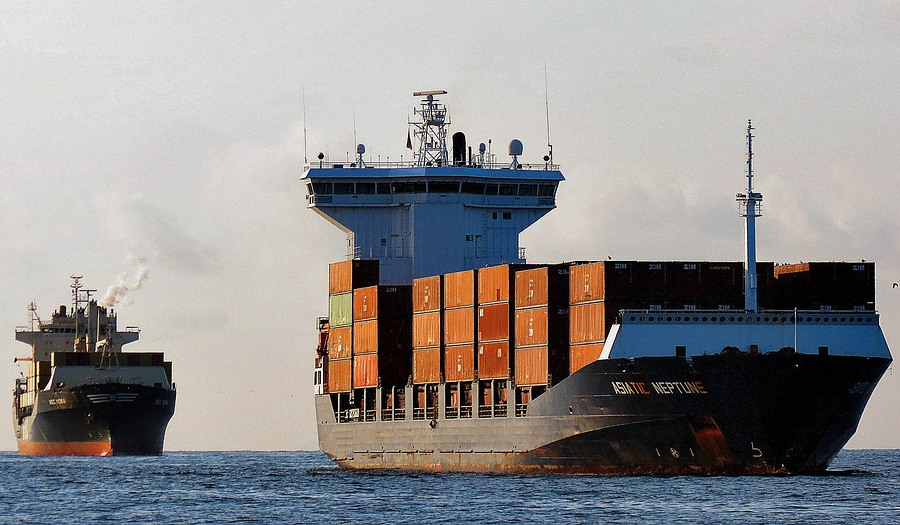 It is strange how crises creep up on one, moving surreptitiously between a cloud on a far horizon to a full-blown storm, without very much warning. We have a logistics hurricane blowing in much of Europe and indeed the US at present, manifesting itself in a desperate shortage of heavy goods vehicle drivers, with hundreds of thousands of vacancies and a major crisis facing the distribution of everything from fuel to groceries.

It is a reminder of our vulnerabilities in a modern, “just in time” world, where the bean counters have told us that carrying stocks of anything is a waste of money, and people who might have previously enjoyed the freedoms of the open road have decided that driving a truck is a mug’s game. And who can blame them, when they have to face greater regulation, heavy pressure to deliver on time and a seriously anti-social lifestyle, forced to sleep in their cabs alongside main roads, with little in the way of home comforts and rudimentary facilities in their “truck stops?” It is not as if the money, in most cases, really compensates them for their discomforts, while they have little in the way of status in the eyes of the general public.

But we rely on these essential workers more than ever, whether we are looking to them to move our fuel from refineries to the forecourt, or containers to and from the ports. It is worth considering that the container exchange on a single 20,000TEU ship in a major port would require some 3,000 trucks alone, even with the assistance of feeder ships, barges and liner trains.

“The world in general has taken the seafaring workforce for granted.”

So the panic is on, with emergency powers being sought to draft in foreign drivers (from where it is unclear) and even the army, and in some countries, all sort of wage increases being hurled at HGV license holders in an attempt to poach them from others. Meanwhile the gaps are getting bigger on the supermarket shelves, questions are being asked about shortages at Christmas, and politicians (who have been warned about this coming crisis for years) are now attempting to deflect blame onto the pandemic, or Brexit, or people using their containers as storage and not returning them. The drivers who have left their role, alas, don’t seem to be keen to return.

There is an interesting parallel with the maritime world and the warnings about the effect that the misery of the pandemic has had upon the seafaring workforce. Why would any self-respecting professional seafarer willingly put up with the life he or she has been forced to live during the past eighteen months? Seafaring has always been a singular job, with a lot of its attractions leached out of it well before Covid-19 heaved itself over the horizon. It has never been rich in status, despite its absolutely essential nature, you don’t go to sea to become wealthy, and the treatment of seafarers by the officials they meet in port has often left much to be desired.

But since the onset of the pandemic, the treatment of this important workforce has been (and still remains in many places) utterly disgraceful. They have been treated like lepers, banned from any sorts of shore leave, forced to undergo ridiculous quarantine regulations while crew reliefs have been next to nigh impossible by unreasonable bureaucracy. Half the workforce has found it impossible to get off their ships at the end of their contracts and the other half who would relieve them has been stuck at home, unable to earn.

With the exception of the welfare agencies which, as always, have tried their level best to assist with great humanity and persistence, the world in general has taken the seafaring workforce for granted. They have expected that the ships that bring their goods and take them away will arrive as usual, but have failed lamentably to think about the pressures facing those aboard them.

“If the ships can’t sail for the lack of sailors, we really have to urgently look at how the sea life can be drastically changed for the better.”

There is something of a vaccination programme for seafarers being operated in a minority of places, but it is estimated that only one quarter of their number has managed to get vaccinated to date. Lucky ones have found themselves in countries like Denmark, Belgium, the US or UK, where they have been able to find protection, regardless of their nationality, but most still struggle, as they will compete for scarce vaccine resources in the developing nations where they reside. It is a perfect illustration of the invisible workforce, that nobody ever thinks about, until they wreck a ship, or pollute the coast.

But one thing is certain and that is a large number of the people who have kept the ships running during the pandemic and endured this misery will be calling it a day, and will be leaving the workforce and not coming back. And none of them will be suggesting to their friends, neighbours, or young people that the sea career is one they would recommend. And with the International Chamber of Shipping and BIMCO, in their regular manpower survey, already forecasting officer shortages, there is a perfect storm brewing. And if the ships can’t sail for the lack of sailors, we really have to urgently look at how the sea life can be drastically changed for the better.