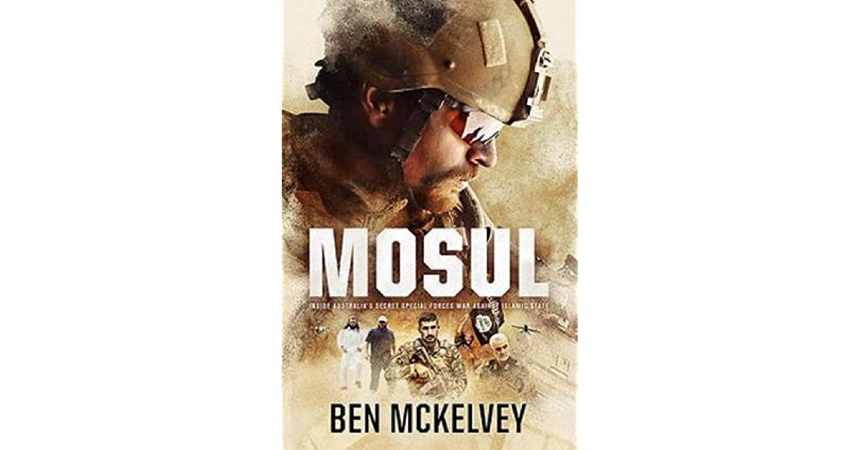 When this book first arrived from the publisher, your reviewer was tempted to bin it. Its rather “sensationalist” cover reminded him of the avalanche of books about the Iraq and Afghanistan invasions and the special forces involvement in them that were published about a decade ago. Most of those were poorly researched and badly written.

Well, you should never judge a book by its cover! Delving into this one, it became obvious that the author had conducted enormous amounts of research mainly by way of “HUMINT” in the form of interviews with participants from both sides. Not only has he discovered vast amounts of useful and interesting information, he has put it together and presented it exceptionally well.

Most of the engagements preceding, during, and after the final battle for Mosul against the ISIS “caliphate” have been extensively covered by the general media. That coverage, however, was generally very superficial. Here, we learn in considerable detail, and from both sides, what really happened in Australia, Iraq, Afghanistan, and Syria before, during and after the battle.

Given the current sensational allegations of war crimes against certain members of Australia’s special forces, this book’s publication is certainly timely. It is hoped that its revelations will be noted by the general media, the public, the politicians and the judges, to assist them in making their judgements on the warriors involved. The psychological implications of participation in politico/military follies of the Vietnam, Iraq and Afghanistan kind are very serious, especially to the lower ranks, and must be allowed for.

The governments of Australia, the USA, Poland and the UK were the main players in the Iraq and Afghanistan follies and seem to require strong reminders of the need to honour their warriors. If they don’t, it will be difficult for them to recruit any the next time they are needed. We must beware of wasteful witch-hunts.