BOOK REVIEW | Giants of the Sea: Ships and Men Who Changed the World 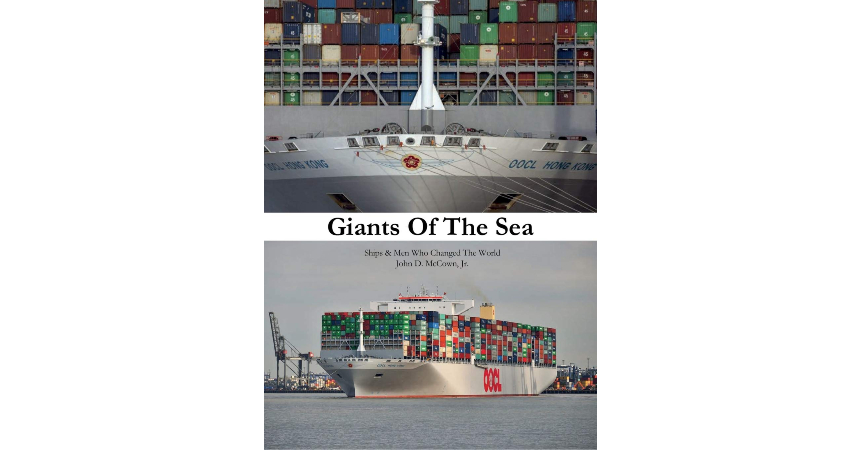 This is an excellent, important and very valuable book. That it has had to be self-published only increases its value and importance. It is tragic that it will not gain the wider readership that it so richly deserves. It can only be hoped that an organisation such as the International Chamber of Shipping, the International Maritime Organization, or a leading maritime book publisher will publish it much more widely. That would be a great investment in the shipping industry.

It is all very well for such organisations to whine about the lack of interest in shipping that is shown by the general public, as they frequently do, but they do next to nothing to increase that interest.

Here is their opportunity. This book explains brilliantly how shipping works; how important it is as a component of the world economy; how it has grown dramatically since 1940; and, how it has been led and inspired by some amazing and brave visionaries. Very easy to read, albeit rather heavy physically, it offers a detailed and passionately enthusiastic history of the shipping industry’s phenomenal growth over the past eight decades. It does so by highlighting the men, systems, circumstances and ships that achieved that growth.

John McCown has the benefit of being a very well-connected and passionate insider who lived the development and growth of containerisation alongside its creator, Malcom McLean, for two decades. Since then, he has developed and managed his own shipping and ship finance companies. He knows what has worked in shipping and where the skeletons are buried.

He traces, too, the simultaneous development of naval architecture, shipbuilding, engines and propulsion systems and ship finance. He knows it all intimately and writes passionately about it.

Looking to the future, McCown looks at economics, geo-politics and the environment. He is particularly, and correctly, vehement about the very serious problem of sulphur emissions from the burning of residual oil as ship fuel. His proposed solution of using LNG is probably the only realistic one. Scrubbers, as he succinctly points out, are not.

This is an immensely important book that deserves to be taken up and promoted by the wider global shipping industry in its own best interests.