OPINION | ICCAT decisions do not guarantee a level playing field

Written by Europêche on November 28, 2019. Posted in Uncategorized. 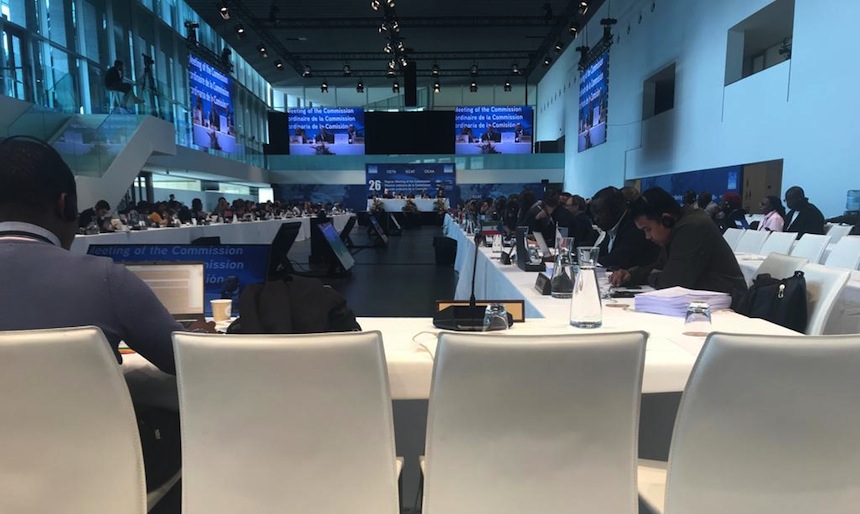 Europêche represented the European fishing fleet at the 26th ordinary meeting of the International Commission for the Conservation of Atlantic Tunas (ICCAT), which ended on Monday November 25 in Palma de Mallorca, Spain.

Recognising that the recovery of the bigeye tuna stock requires balanced efforts and sacrifices by vessels using all fishing gears, the European purse seiners fully assume their share of responsibility. Despite the significant socio-economic negative consequences, EU fishermen accept a reduction of the catch limit (TAC) to 62,500 tonnes in 2020 and 61,500 tonnes in 2021, which translates in a 21 per cent reduction of their current fishing opportunities.

ICCAT has also decided to reduce the number of authorised fishing aggregated devices (FADs) with operational buoys, from 500 units to 350 in 2020 and 300 in 2021. The international body furthermore agreed to extend the FAD fishing closure period to the entire Atlantic area for two months in 2020 and three months in 2021. An intersession is already scheduled for 2020 to discuss, among other things, the allocation key of the new TAC between contracting parties. As for yellowfin tuna, a TAC of 110,000 tonnes has been set for 2020, pending a new stock assessment of the Scientific Committee.

Nevertheless, while these measures aim to reduce the fishing mortality of juvenile bigeye and yellowfin tuna, Europêche regrets the unequal treatment of these measures, which mainly concern European purse seiners, which represent less than 30 per cent of catches of bigeye tuna in the Atlantic. In stark contrast to the EU, some ICCAT contracting parties, in particular Asian countries which account for almost 50 per cent of the total catches, objected to the adoption of any measure aimed at ensuring adequate control, monitoring and reduction of juvenile catches.

“EU longliners will be able to continue fishing for shortfin mako shark,” declared Javier Garat, President of Europêche. “It is vital for this fleet to keep retaining on board individuals that arrive dead to the vessel in order to limit the socio-economic impacts of the non-retention policy. Unfortunately, no consensus could be found on the adoption of management measures such as a TAC for which an ICCAT intersession in 2020 will be dedicated to study all the management scenarios presented in the report of the Scientific Committee. In the meantime, the measures adopted in 2017 are renewed for 2020.”

Europêche also welcomes the adoption of a TAC of 39,102 tonnes for the North Atlantic blue shark and catch limits of 28,923 tonnes for the South Atlantic stock. These two measures will ensure the continuity of a sustainable exploitation of these species in the Atlantic.

Europêche notes with great disappointment the opposition and veto of China and Japan to the ICCAT recommendation on the conservation of sharks, which included the obligation to provide more data to scientists and landing sharks with the fins naturally attached to the body, an obligation already applied in the EU.