Written by Baird Maritime on August 24, 2017. Posted in Tanker World. 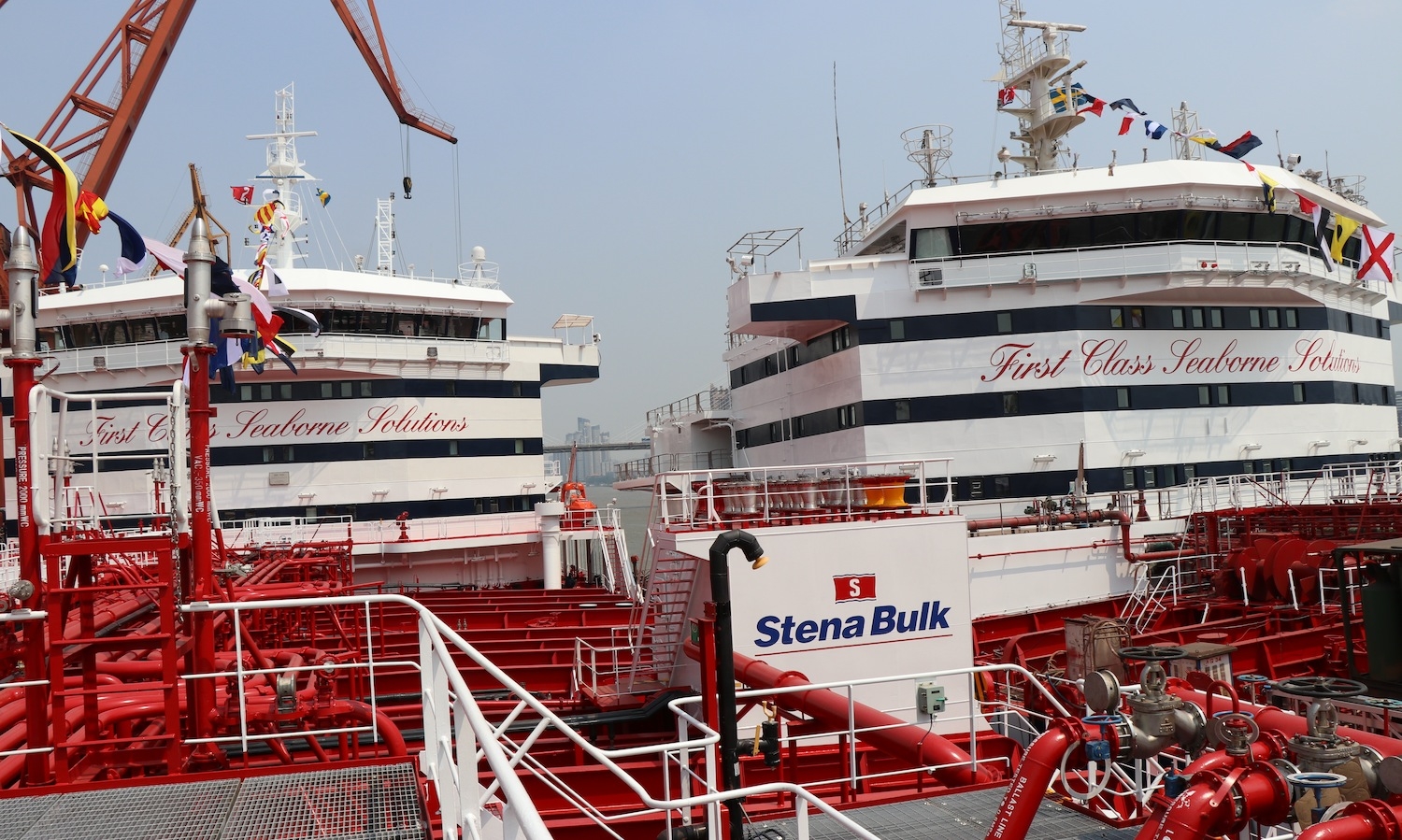 Yesterday, the Stena Imperator, side-by-side with her sister the Stena Imprimis, were named at the Chinese shipyard GSI (Guangzhou Shipbuilding International) in Guangzhou in southeast China. 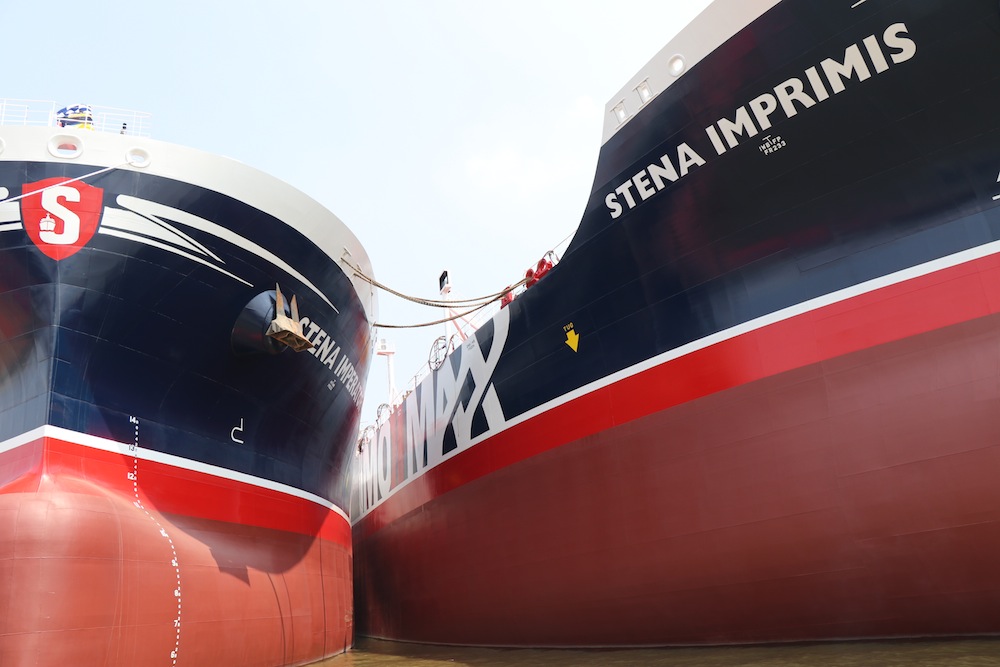 On her maiden voyage, the Stena Imperator will sail with a cargo of vegetable oil to Papa New Guinea and then to Rotterdam. The two tankers will be operated by Stena Bulk’s Product and Chemical Operation and will sail in its global logistics system, which currently employs some 60 vessels.

IMOIIMAX is a further development of an already established concept, and the innovative technical design was developed by Stena Teknik together with the Chinese shipyard GSI. It offers several advantages such as extra large cargo flexibility, a high level of safety and economical fuel consumption – 10 to 20 per cent lower than that of equivalent vessels when sailing at service speed according to Stena Teknik.