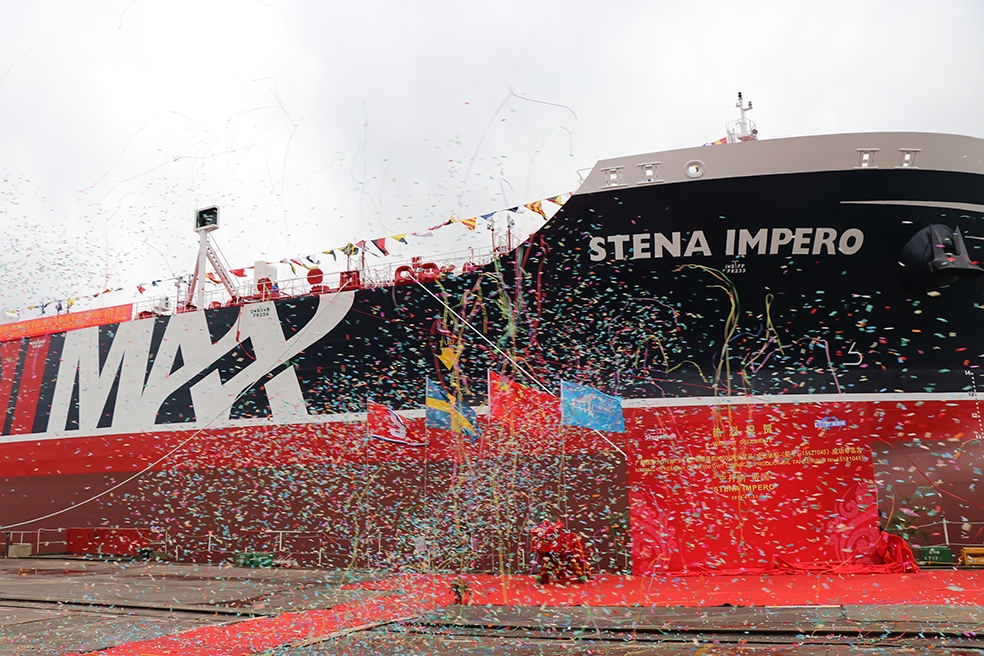 Stena Impero is the last in a series of 13 sister ships ordered by Swedish firm Stena Bulk at GSI in a SEK4 billion (US$509.4 million) order made in 2012.

She will sail on her maiden voyage with a cargo of vegetable oils from Asia to Europe after her delivery on February 7.