Written by Baird Maritime on May 8, 2018. Posted in Tanker World. 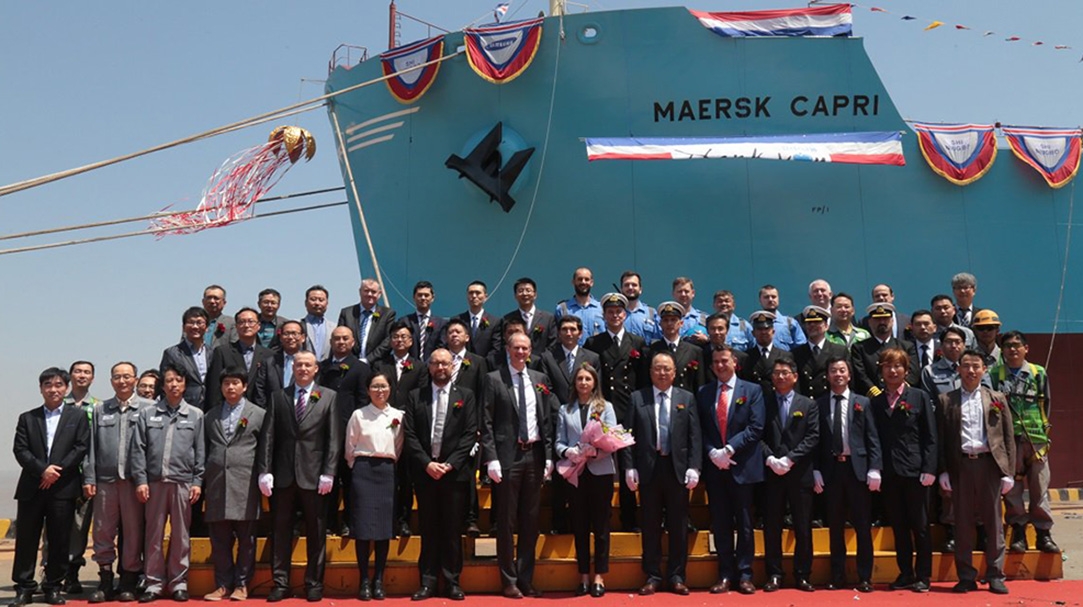 Named at the Samsung Heavy Industries shipyard in Ningbo, China, the Singapore-flagged 50,000DWT ship is the second in a series of nine tankers ordered in a US$300 million contract in 2015 to be delivered this year.

Maersk Cancun was delivered in January and five more tankers are scheduled to be delivered by the end of the year.

Another two are scheduled for completion in 2019.

They are scheduled for delivery over a period of two years from 2020.

The contract includes options to order another four vessels.