Written by Baird Maritime on July 5, 2019. Posted in Tanker World. 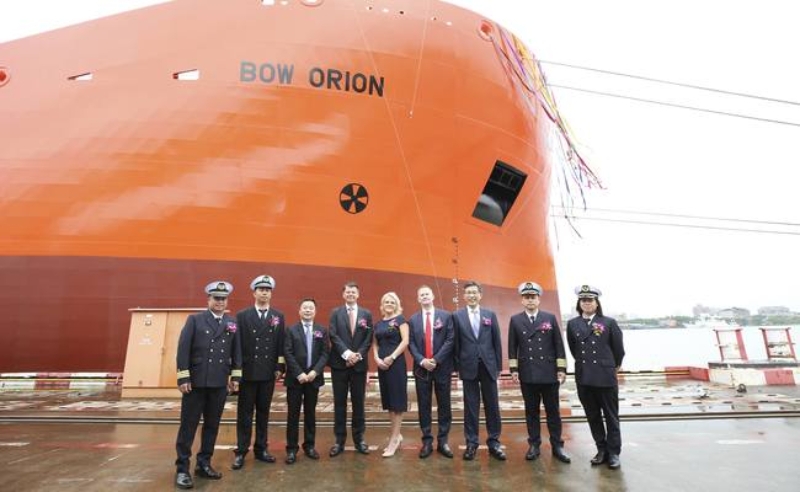 Odfjell has officially named two new chemical tankers set to join the company’s fleet beginning with the delivery of the first unit in late July.

The 49,000DWT stainless steel chemical tankers have been named Bow Orion and Bow Olympus. These are the first two of an order for four vessels in a series placed with China’s Hudong Zhonghua Shipbuilding.