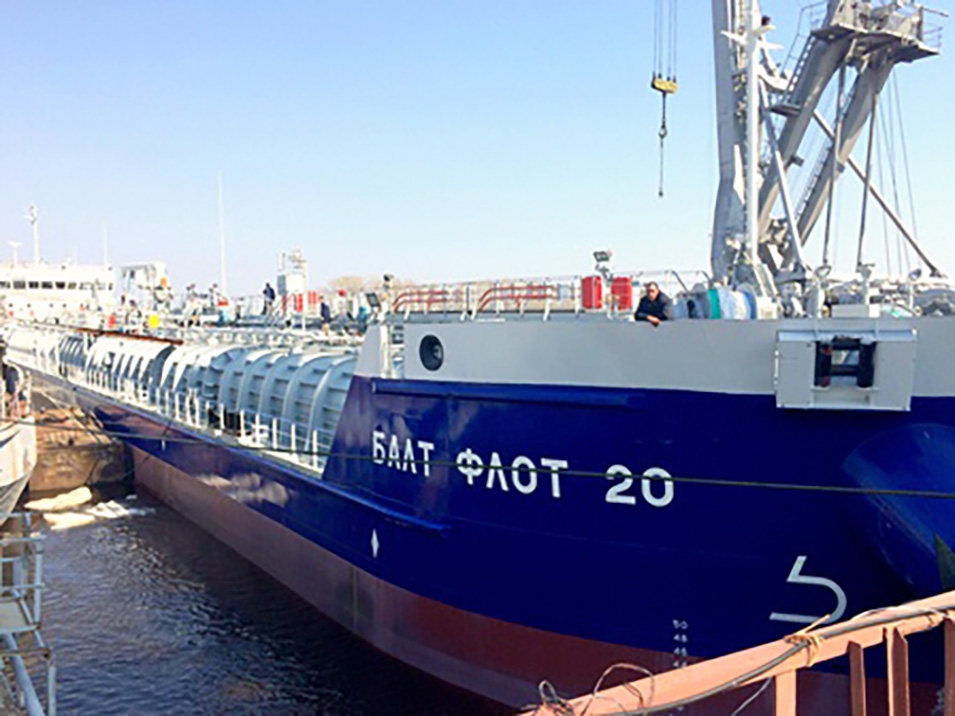 The fifth of five Project RTS27M chemical tankers contracted by the State Transport Leasing Company and BF Tanker in December 2016, Balt Flot 20 was launched in February and underwent mooring and sea trials with Balt Flot 19.