Written by Baird Maritime on September 4, 2017. Posted in Tanker World. 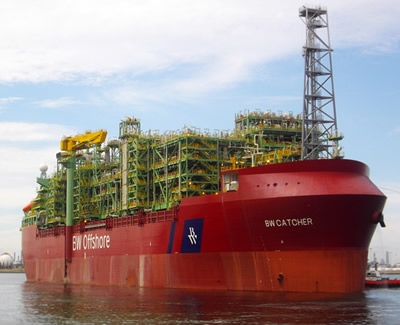 The installation of the topside process units will be undertaken by BW Offshore. The 240- by 50-metre FPSO, now named BW Catcher, will be transported and installed at the Catcher field in the UK North Sea after delivery to Singapore, and chartered by Premier Oil. It will begin operations within 2017.