Written by Baird Maritime on September 5, 2017. Posted in Tanker World. 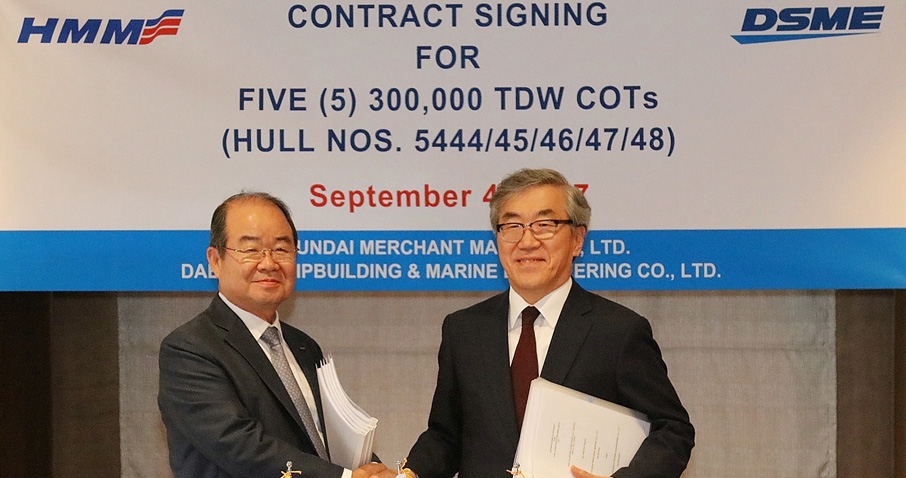 The ships are 336 metres long and 60 metres wide, and reported to have eco-friendly features including high efficiency engines and fuel saving technology. The five will be delivered by 2019, and will be built at Geoje Okpo Shipyard.

The contract for the initial group of five is estimated at 4.2 billion won (US$3.7 million).