Written by Baird Maritime on May 16, 2018. Posted in Naval auxiliary/support vessels, Tanker World. 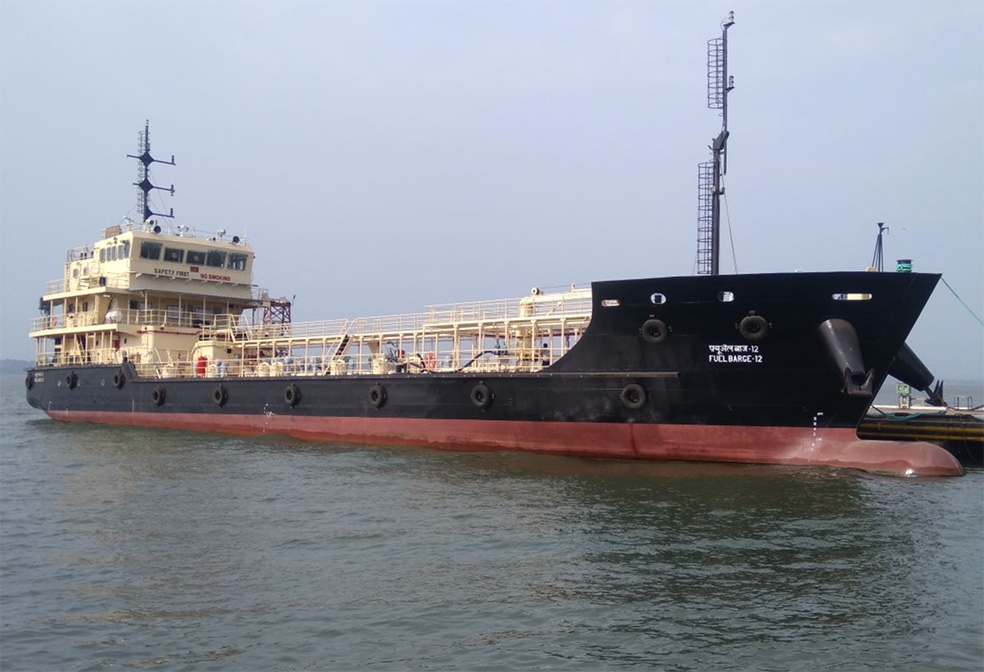 India’s Goa Shipyard has handed over the third of four 1,000-tonne fuel tanker to the Indian Navy.

The 68-metre by 12-metre vessel was ready for delivery on April 17, 80 days ahead of schedule, after a successful completion of trials.

The first two tankers have already been delivered ahead of schedule.

Powered by two 1,342kW engines and five cargo pumps with a capacity of 100 tonnes per hour to achieve the main role of fuel transfer, the tanker has a maximum speed of 14 knots and an endurance of 800 nautical miles.

Accommodating a crew of 26, the self-propelled fuel tanker has a primary role of replenishing LSHSD (low sulphur high-speed diesel), AVCAT (aviation carrier turbine) and other oils for ships in harbour or at anchor.