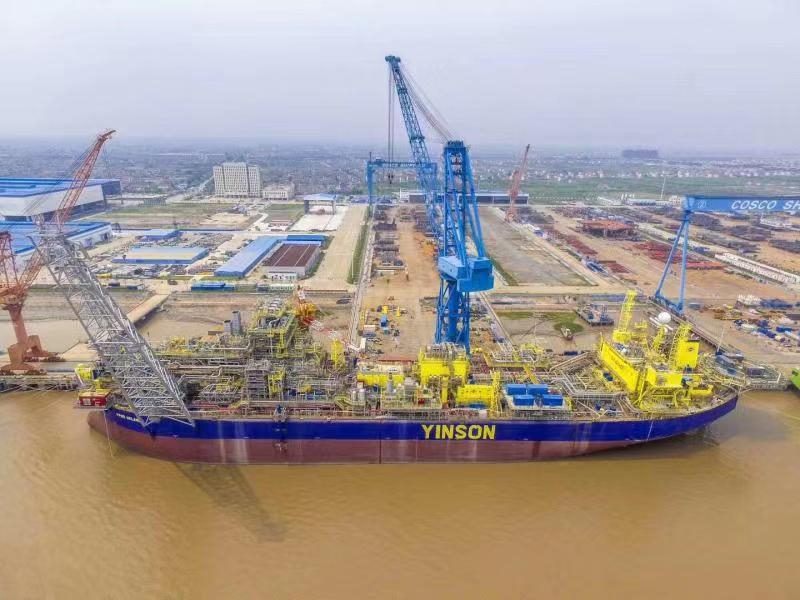 The 249- by 42-metre vessel, which had undergone conversion at COSCO Shipping Qidong after originally being built as a gas tanker, will be the first FPSO to be operated by Yinson in Malaysia.

Helang is scheduled to sail for the Layang oil field offshore Sarawak in August for its first project under Yinson.