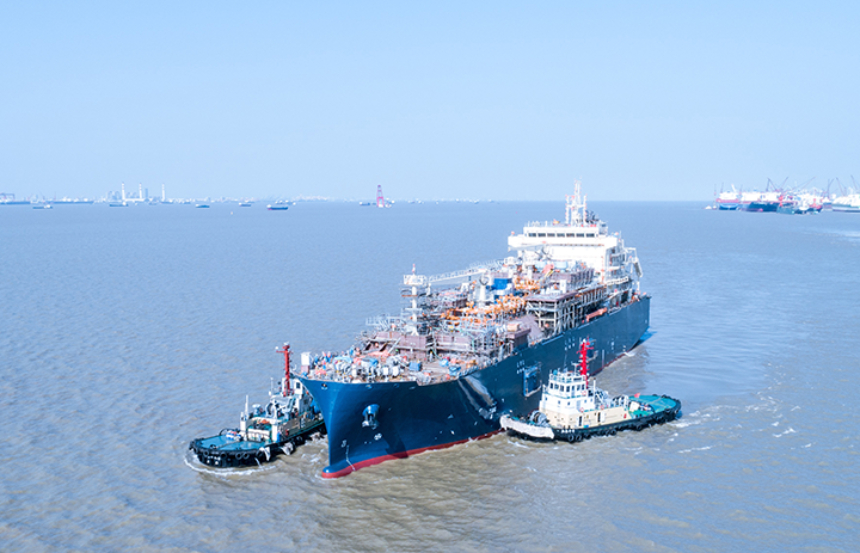 Total has confirmed that its first large liquefied natural gas (LNG) bunker vessel has been launched at Hudong-Zhonghua Shipbuilding in China.

The yet unnamed vessel has a length of 153 metres and an LNG cargo tank capacity of 18,600 cubic metres.

After delivery in 2020, the vessel will operate in Northern Europe, where it will supply LNG to commercial vessels, including 300,000 tonnes per year for CMA CGM’s nine ultra-large newbuild containerships in Europe-Asia trade. It will be operated for a period of at least 10 years under a long-term charter contract signed with Mitsui OSK Lines (MOL) in February 2018.