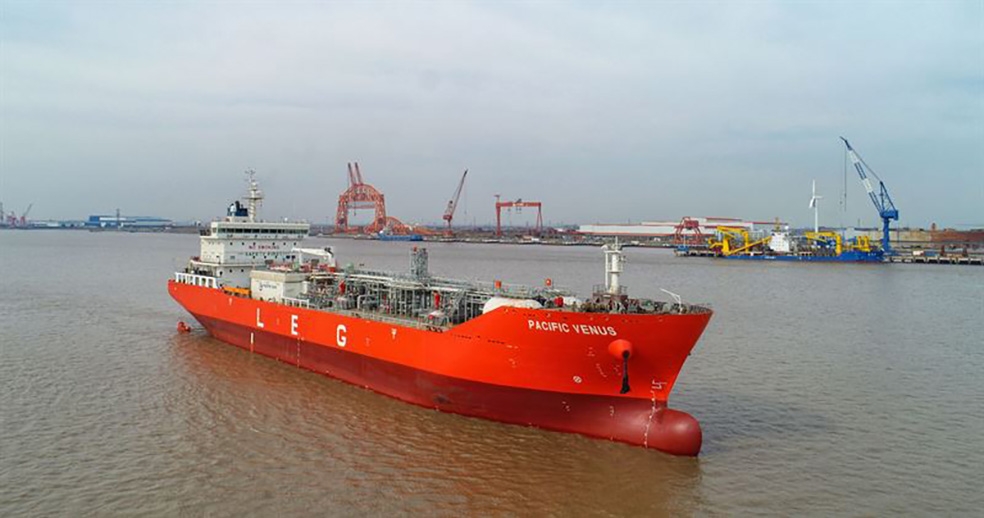 The first two vessels in a series of five liquid ethylene gas (LEG) carriers have been named and delivered at CIMC Sinopacific Offshore and Engineering (CIMC SOE) in China.

Built for a Chinese ship owner, the two 17,000-cubic-metre vessels are fitted with Wärtsilä cargo-handling systems.

The transfer system includes the cargo pumps with the control, monitoring and safety system.

The delivery of the vessels marks a significant occasion for the yard, which was reorganised in August 2017 after filing for bankruptcy in 2016.