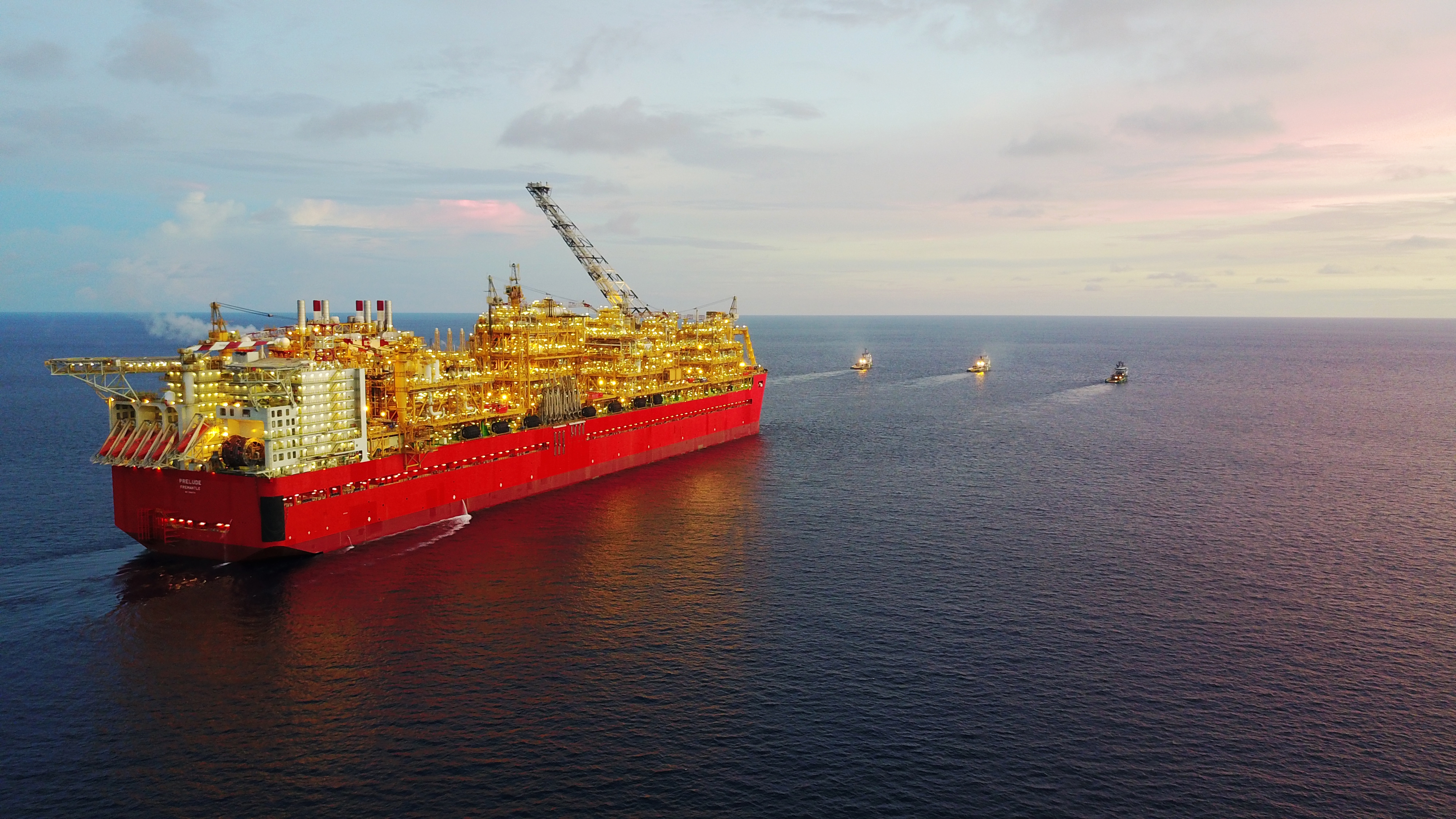 Prelude is the first deployment of Shell’s FLNG technology, which will see the 488-metre long floating facility extracting and liquefying gas at sea, before it is exported to customers around the globe. The project is located approximately 475 kilometres north-north east of Broome in Western Australia.

On arrival at the Prelude offshore gas field, pre-installed mooring chains will be lifted from the seabed and secured to the facility. Once secure, the hook-up and commissioning process will begin.

The facility was built by the Technip Samsung Consortium at Samsung Heavy Industries shipyard in Geoje, South Korea.