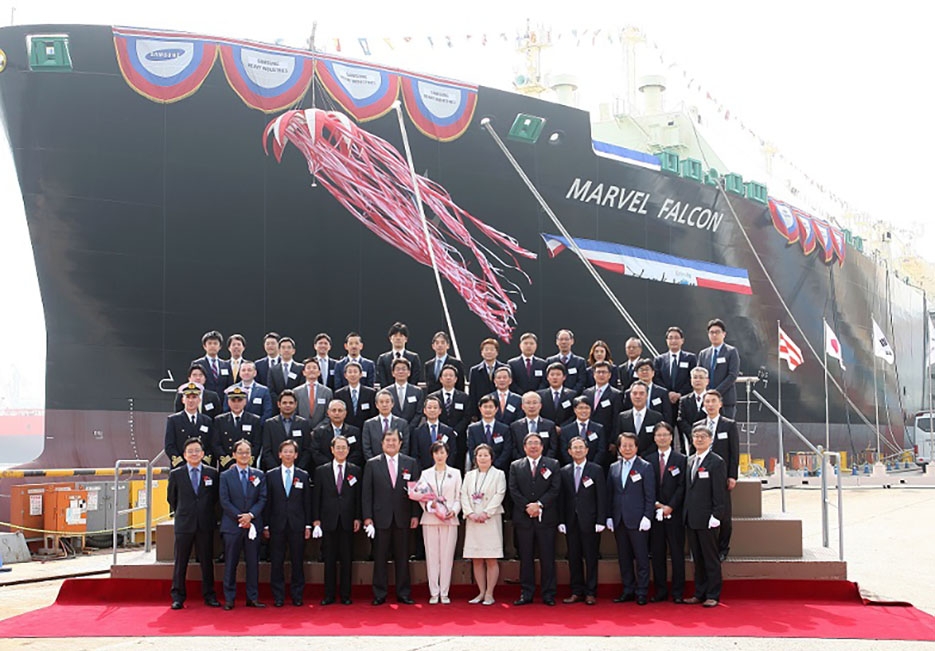 The 293.3-metre by 45.8-metre newbuild will be chartered to Mitsui and Co for operations at the Cameron LNG project near the Gulf of Mexico.

After delivery on April 16, the 114,084GT Marvel Falcon will begin transporting LNG from the US state of Louisiana and other locations around the world for up to 25 years, including optional extension periods.

The NYK Group will be responsible for ship management.

The vessel has a 174,000-cubic-metre capacity membrane-type cargo tank and is equipped with a dual-fuel diesel engine that can operate on marine gas oil or boil-off gas stored as a liquid at cryogenic temperatures.