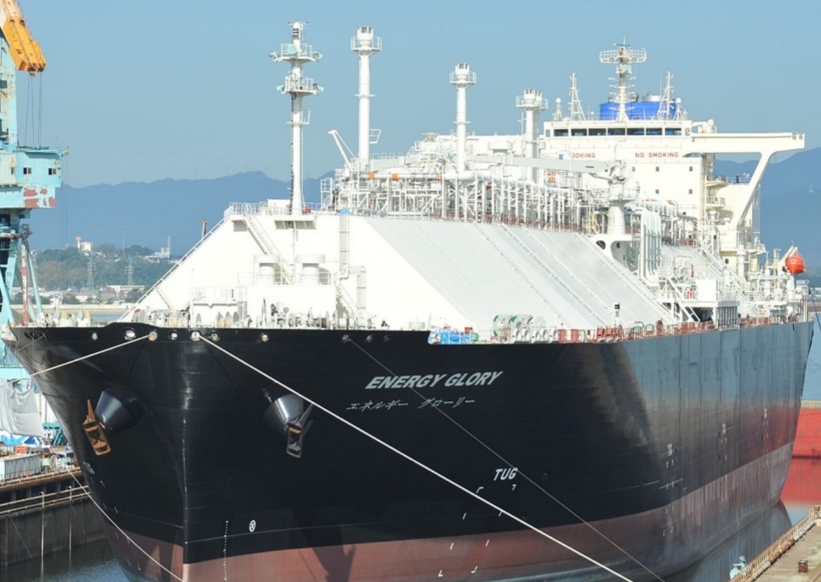 A naming ceremony for a new LNG vessel was held at the Tsu shipyard of Japan Marine United Corporation (JMU) on Wednesday, October 3.

NYK Line and Tokyo Gas subsidiary Tokyo LNG Tanker have a long-term charter contract for the vessel, which has been named Energy Glory.

It is the third vessel to be jointly owned by NYK (30 per cent) and Tokyo LNG Tanker (70 per cent). After delivery, the ship will be mainly used over the next 20 years for LNG transportation from the Cove Point LNG project in the United States.

Energy Glory is equipped with a self-supporting prismatic-shape IMO type B (SPB) design that allows for robust propulsion and reduced fuel consumption. Most of the tank will be fitted inside the hull, allowing for an unobstructed forward view from the vessel’s bridge as well as reduced resistance.

It also comes with a tri-fuel diesel electric propulsion system that can run on either low-sulphur oil, heavy oil, or gas.