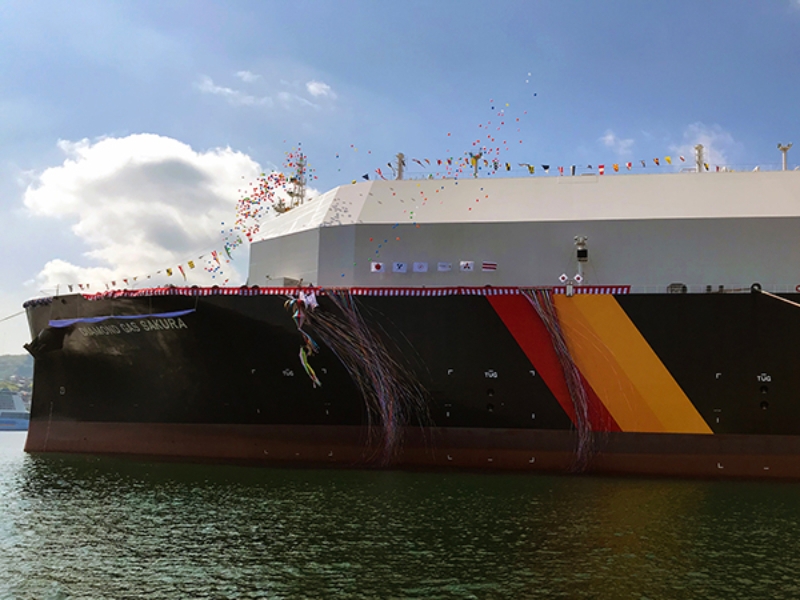 Mitsubishi Shipbuilding held a christening ceremony for a new 73,800DWT LNG carrier at its Nagasaki Shipyard and Machinery Works facilities on Friday, April 19.

The new ship, named Diamond Gas Sakura, is the third LNG carrier in a series to be built for Mitsubishi and Nippon Yusen Kabushiki Kaisha (NYK Line).

After completion and hand-over in May, the ship will join its sisters Diamond Gas Orchid and Diamond Gas Rose in transporting LNG for the Cameron LNG project in the United States.