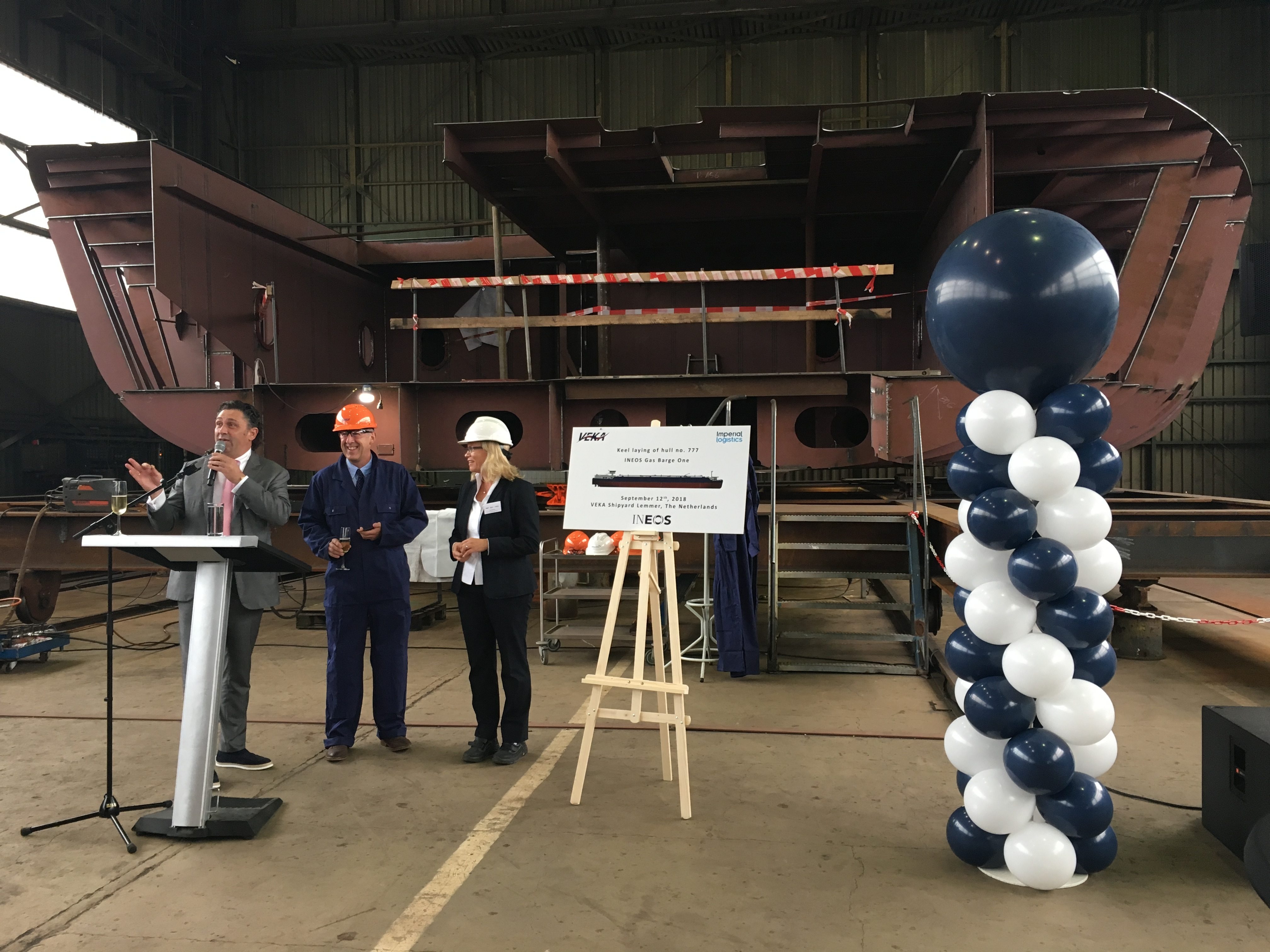 Work has begun on Europe’s two largest-ever butane river tankers at the Veka shipyard at Lemmer in the Netherlands.

Each vessel is around three times the size of today’s typical Rhine barges.

The vessels, the result of a working partnership between INEOS Trading and Shipping and Imperial Logistics, will transport gas from the world’s largest butane tank, currently being constructed at the Oiltanking Antwerp Gas Terminal (OTAGT) in the Port of Antwerp, Belgium, to the INEOS cracker site in Köln, Germany.

INEOS, Imperial Logistics, and Veka have worked closely together on the design, planning, and construction of the vessels, which will measure 110 metres long with a width of 17.5 metres, and have capacities of 3,024 tonnes of butane carried in six tanks.

Each of the barges will be powered by three engines.

The new tankers will also have increased collision protection, and their auxiliary power units will have full sound insulation to comply with noise regulations at the unloading points.