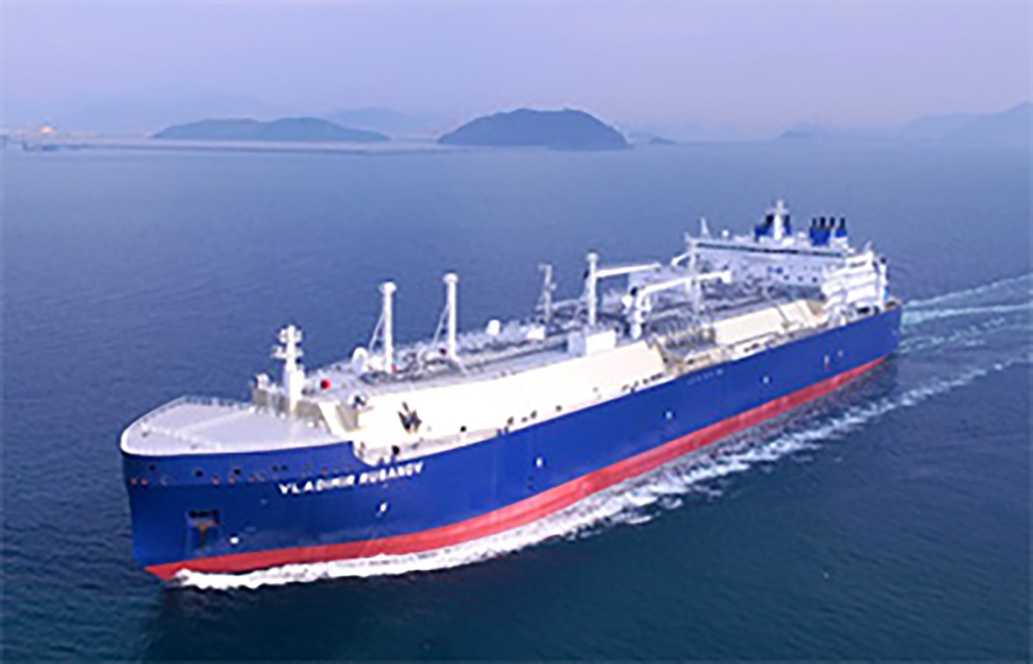 A naming ceremony has been held for the world’s first ice-breaking LNG carrier at Daewoo Shipbuilding and Marine Engineering (DSME).

The first of three newbuilding vessels for MOL and China COSCO Shipping’s fleets in the Yamal LNG project, the vessel will enter service at the end of March, once ice trials are completed in Arctic waters.

The 299-metre-long vessel with 50-metre beam has a 12-metre draught when ice sea sailing. Classified as RMRS ARC7 ice-class, it has a 172,000-cubic-metre cargo tank capacity and has an ice-breaking capacity of 2.1 metres.

Vladimir Rusanov and her sister vessels will transport LNG from the Yamal LNG plant at Sabetta on Russia’s Yamal Peninsula to worldwide LNG markets.

They will also be able to sail on the Arctic Sea Route to transport LNG to East Asia via the Bering Strait in summer months.