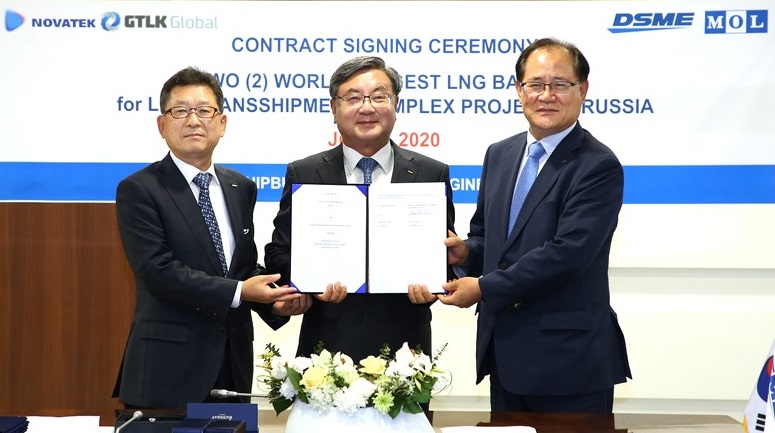 Daewoo Shipbuilding and Marine Engineering (DSME) has been awarded a contract for the construction of two LNG transshipment barges in a series for a consortium formed by Russian firms GTLK and Novatek and Japanese shipowner Mitsui OSK Lines (MOL).

The non-self-propelled vessels will each have a total cargo capacity of 360,000 cubic metres of LNG. Delivery is expected before the end of 2022.

The vessels will be stationed at Kamchatka and Murmansk and will operate as floating storage units for LNG supplied from Novatek’s Yamal facility in northwestern Siberia.