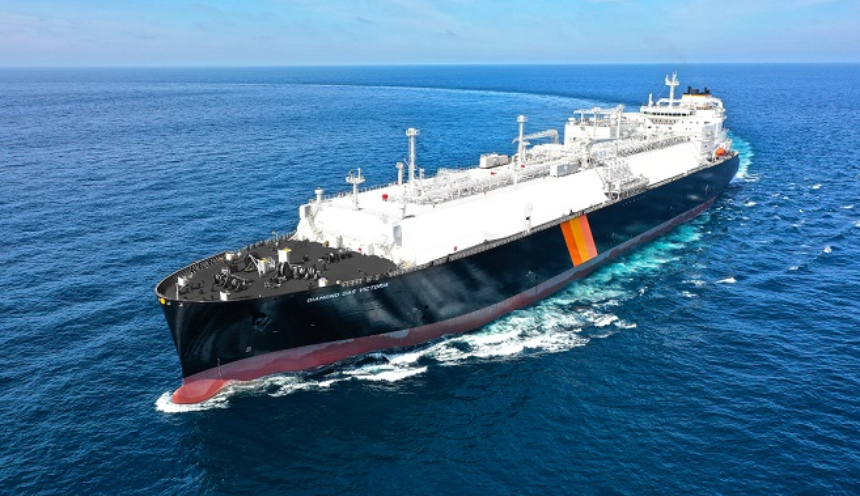 Diamond Gas Victoria will transport LNG from British Columbia for the LNG Canada project, as well as from other locations around the world, under a long-term time-charter contract with Mitsubishi’s wholly owned subsidiary Diamond Gas International.

The vessel has an LOA of 297.16 metres, a beam of 46.4 metres, a total cargo capacity of 174,000 cubic metres, and a dual-fuel engine. The cargo tanks are fitted with a re-liquefaction system to reduce the risk of boil-off.

Diamond Gas Victoria was built by Hyundai Samho Heavy Industries and will sail under the Singaporean flag.