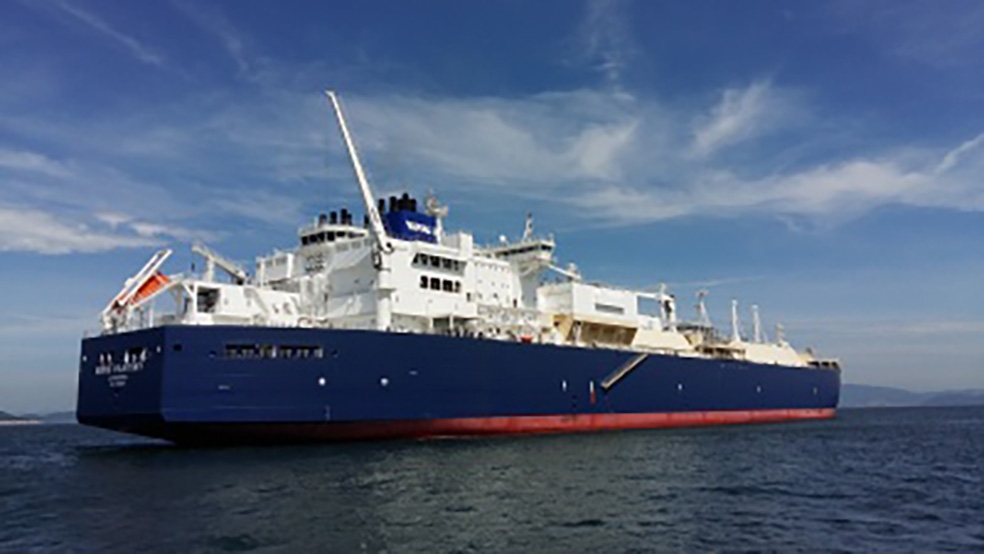 They are part of a series of 15 being constructed at Daewoo Shipbuilding and Marine Engineering in Korea.

The new gas carriers are capable of all year-round operation at temperatures up to -50°С. High ice class Arc7 allows them to navigate independently in the ice of up to 2.1-metre thick when moving astern.

The 299.9-metre ships are equipped with three Azipod propulsion units of 45MW joint capacity, which is comparable to the capacity of a nuclear icebreaker. They will be used on the Northern Sea Route.

They contain a new membrane-type gas containment system used in cargo tanks with a total capacity of 172,600 cubic metres.