Written by Baird Maritime on May 10, 2018. Posted in Gas Tanker World. 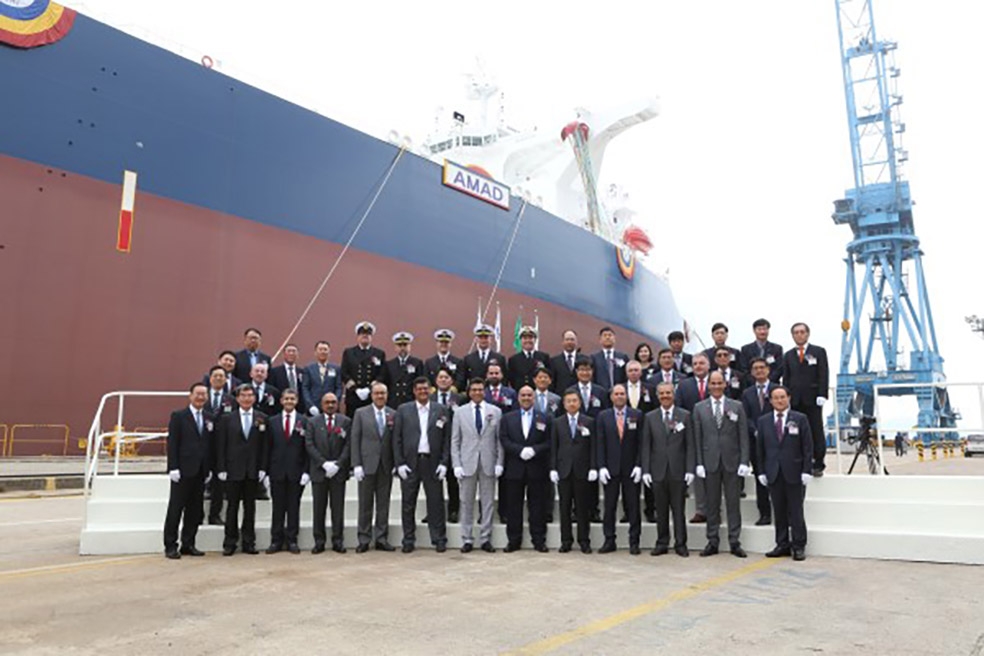 The 333-metre by 60-metre newbuilding Amad was ordered from South Korea-based Hyundai Samho Heavy Industries in 2015.

The company’s 46th VLCC will be operated on a time-charter/spot basis.

The delivery marks the completion of Bahri’s 2015 agreement to build five firm and five optional VLCCs at the yard.

Amjad, Maharah, Aslaf, Rimthan and Shaden were delivered in 2017.