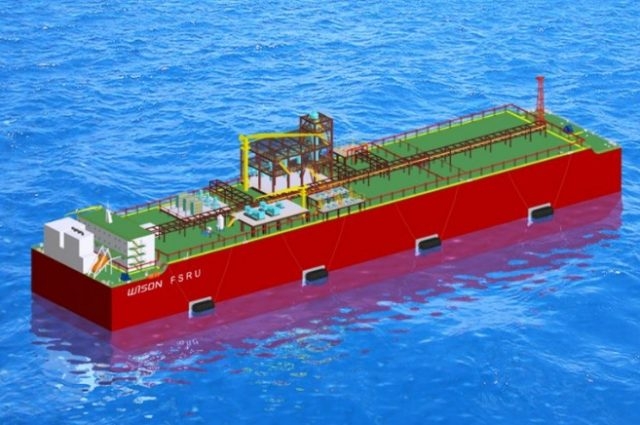 China’s Wison Offshore and Marine has received approval in principle from Bureau Veritas for its newly-developed large-scale floating LNG storage and regasification terminal.

Featuring scalable storage capacity up to the equivalent size of a Q-Max vessel, this is the first large-scale FSRU barge design that has been granted approval by a classification society.

The design features scalable storage capacity from 150,000m³ to 265,000m³ and a base case design of 750 mmscfd regasification capacity expandable to fit project needs. Designed for near-shore/at-shore application, the FSRU can also be deployed offshore with a single point mooring system.