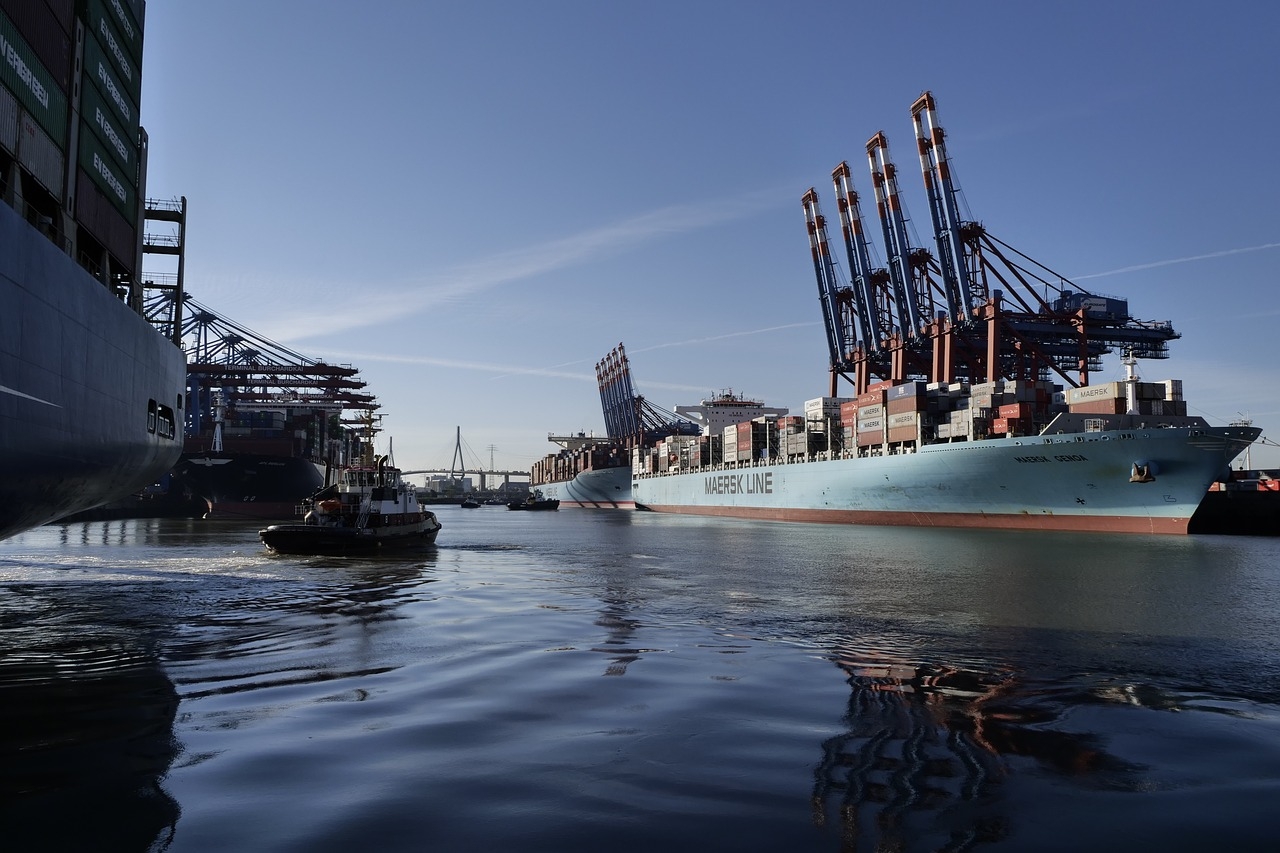 Once again, the already long list of tariffed goods has been made even longer. Many more commodities were hit on August 23, but September is likely to dwarf it all, as the US has proposed slamming tariffs on goods worth US$200 billion. The tariffed goods’ share of global trade is largely underestimating the overall negative impact of this trade war on globalisation and international shipping.

“The dry bulk shipping industry is the most affected in terms of volumes largely due to the Chinese tariffs, but the whole trade war still impacts only 1.9 per cent of total dry bulk seaborne trade in 2017. 2,002 Handymax loads are now affected. This is equal to the impact on the container shipping industry which also sees 1.9 per cent of total containerised seaborne trade affected.

“For the first time in this trade war, the latest round has seen China unable to respond equally to the US$200 billion measures announced by the US. With China importing much less than it exports to the US, if the trade war continues to unfold, China will have to look away from tariffing imports to find its retaliatory measures.

“This trade war is constantly developing, in size as well as shape, with nothing looking like an end game yet. The next steps – are likely to see China using new “weapons”. For example, including service sectors or targeting US investments in China. The next steps from the US are set to morph too. The impact on the global shipping industry will depend on the measures taken.”

The US: Container shipping will be seriously hit by the next crossfire

From August 23, the second part of the US$50 billion list, worth US$16 billion, originally announced in late May, has been tariffed with commodities such as plastics and oil products targeted. The first list, worth US$34 billion came into force on July 6 and targeted mainly machinery and electronic goods.

The US also published a list of goods worth US$200 billion which it planned to add 10 per cent tariffs to. They have later raised the proposed tariff levels to 25 per cent. This list covers more consumer goods than previously seen varying from bicycles to fish and Christmas lights, and will undergo further review before a decision is made about possible implementation.

These rounds come after the US imposed 25 per cent and 10 per cent tariffs on steel and aluminium which the US announced on March 8 and now apply to all but four countries, namely Australia, Brazil, South Korea and Argentina. This is after temporary exemptions granted to the EU, Canada and Mexico were removed as of June 1.

Of the goods which already face tariffs, namely the targeted steel and aluminium commodities and the US$34 billion worth of goods, most are dry bulk and container goods. 23.3 million tonnes of the affected steel and aluminium commodities were imported by the US via the sea in 2018. Dry bulk commodities will also be affected if the US$200 billion list is implemented, with 4.1 million tonnes of the targeted commodities imported to the US from China in 2017, these goods include wood commodities and cements. In total the dry bulk goods affected by US tariffs are equivalent to 548 Handymax loads (50,000 DWT).

While containerised goods have already been targeted, by the US$50 billion round, the biggest impact on these will come if the proposed US$200 billion are implemented. So far, the tariffed goods total to 6.6 million tonnes of seaborne trade from China to the US in 2017. This is equivalent to 660,000 TEU (10 tonnes per TEU/global average), which amounts to 5.9 per cent of US West Coast container imports in 2017. If you assume a lighter/heavier cargo per transported TEU or FEU, naturally the number of containers change accordingly.

Oil products have also been targeted with 0.5 million tonnes worth of this seaborne trade tariffed from August 23 with a further 0.7 million tonnes in the line of fire of the US$200 billion list.

China: Running out of ammunition

The Chinese US$16 billion list also came into force on August 23, a modified list compared to the original publication, with the removal of crude oil an important development. This revised list contains wood commodities as well as some coals and metals.

Following the publishing of the US$200 billion list by the US, China responded by releasing four lists worth in total US$60 billion, to be tariffed between 5 per cent and 25 per cent. This contrasts to the prior rounds of the trade war, where every retaliation has been of equal worth to the other party’s measure. However, the trade war has now reached a stage where China is unable to respond equally as it imports much less from the US than it exports. In 2017 they imported US$129 billion worth of US goods and having already targeted or proposed tariffs on US$113 billion of US imports, China is fast running out of goods to tariff. This compares to the almost US$506 billion worth of goods that the US imported from China in 2017, leaving them with more room for manoeuvre.

China has previously put tariffs on US$3 billion worth of American goods, in response to the American steel and aluminium tariffs. These are primarily food, beverages, iron and steel products. The next retaliation from China came in the form of tariffs on a list of products worth US$34 billion which entered into force July 6, matching both the American date and list value.

The dry bulk shipping industry remains by far the most affected by Chinese tariffs in terms of volumes. The largest “one commodity” targeted by the trade war are US soybeans which as of July 6 face 25 per cent tariffs when imported into China, but the impact of these on Chinese buyers may be limited. A fall in the price of US soybeans since the tariff’s implementation, has resulted in US soybeans being 21 per cent cheaper than Brazilian soybeans (Source: Bull Positions), the second largest exporter of soybeans to China, thus eroding much of the added costs brought about by the tariffs.

By excluding crude oil imports from its US$16 billion list, China has halted tariffs on 10.5 million tonnes worth of seaborne crude imports from the US. Instead the most recently implemented tariffs target mainly dry bulk goods, amounting to 22.2 million tonnes. The proposed US$60 billion would also affect the dry bulk industry the most, with 10.5 million tonnes of listed dry bulk commodities shipped from the US to China. In 2017, 72.2 million tonnes of the involved commodities (both with tariffs implemented and proposed) were imported via the sea by China from the US. This represented 1.4 per cent of total seaborne dry bulk trade in 2017 and is equivalent to 1,454 Handymax loads (50,000 DWT).

“While the narrowly measured amount of impacted cargoes may seem small in perspective of the entire market – the impact is the opposite. The shipping industry is trapped between a rock and a hard place in an already troubled market place,” added Peter Sand.

“In the tramp shipping market, uncertainty about where the next cargo will come from makes it very difficult to reposition your ship after discharge. For the liner shipping market, matching deployed capacity on trade lanes with actual demand becomes even harder.