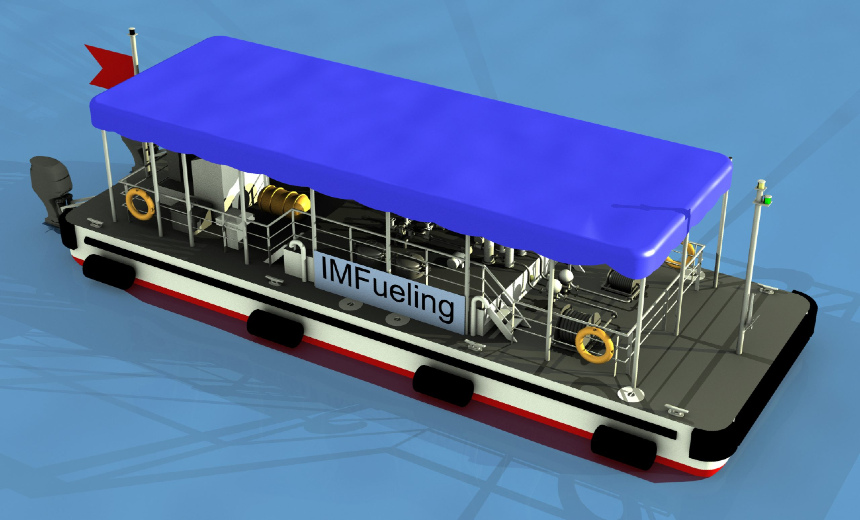 The construction contract for the vessel was awarded to St Johns Ship Building of Palatka, Florida, following a competitive tender process.

The 16- by five-metre vessel is being built to ABS rules and will be inspected to 46 CFR Subchapter D. JMS Naval Architects designed the vessel and is currently providing owner’s representative services on behalf of Intracoastal during the vessel construction, testing, trials, delivery, and acceptance.

The barge will be powered by two COX Marine 223kW diesel outboard engines, which JMS claims are capable of offering the same performance and efficiency of inboard engines but with lighter weight and reduced fuel requirements for the same amount of torque.

The vessel will also possess increased manoeuvrability courtesy of a Seastar propulsion control system, which will also include joystick control.

The vessel will have a raised trunk cargo tank with a pilot and operator’s station aft.

The total cargo tank capacity will be 37,000 litres while the equipment and systems design will support high-speed loading and unloading of cargo.

A canopy will be provided over most of the barge’s length including the operator’s station to provide protection from the elements.

The vessel will also be equipped with two 12-metre-long spuds raised and lowered by hydraulic winches in order to anchor it in place during cargo transfers.

Intracoastal will use the vessel to deliver marine diesel to mega-yachts, commercial, and recreational vessels in the Palm Beach area. The vessel will be capable of providing fueling services where it is needed, via high speed pumps, and with variable-speed control for maximum safety and efficiency.

The operator expects to have several vessels of the same design in service, beginning with the first example becoming operational in the summer of 2021.