Written by Ethan Miller on August 9, 2018. Posted in Tanker World. 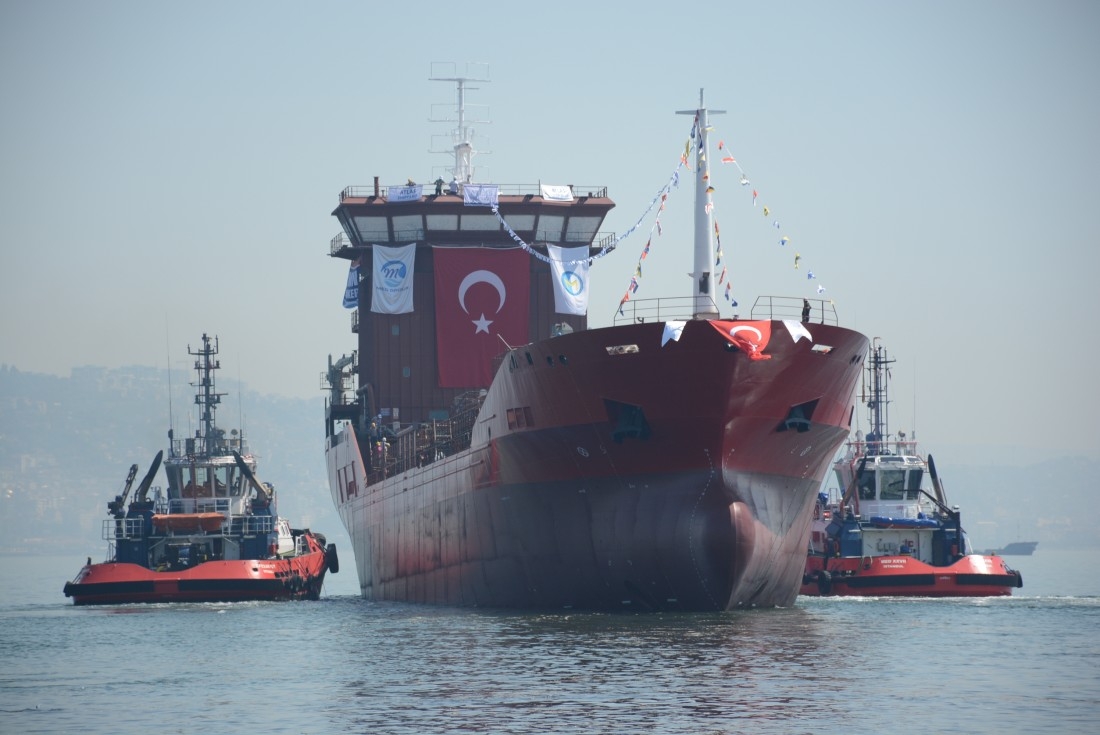 Her sister, Med Antarctic, was launched in March, 2017, and went under YMN Tanker’s management in August, 2017. Three more 8,400DWT tankers are under construction.

Med Tuncer is an IMO type II chemical/oil tanker measuring 122.9 metres by 17.2 metres. Like her sister, she is powered by a powerful MAK/8M32C main engine developing 4000kW at 600rpm.

The cargo area is divided to 12 cargo tanks by means of oil-tight corrugated transverse bulkheads and longitudinal bulkhead in CL. The vessel is also equipped with two slop tanks on deck. Designation of full segregation gives the vessel high flexibility.

The accommodation area is arranged for 17 personnel and one pilot. Single berth cabins are provided. Accommodation is designed in such way to ensure good insulation, noise reduction and comfortable habitability to the crew.