Written by Baird Maritime on January 15, 2018. Posted in Tanker World. 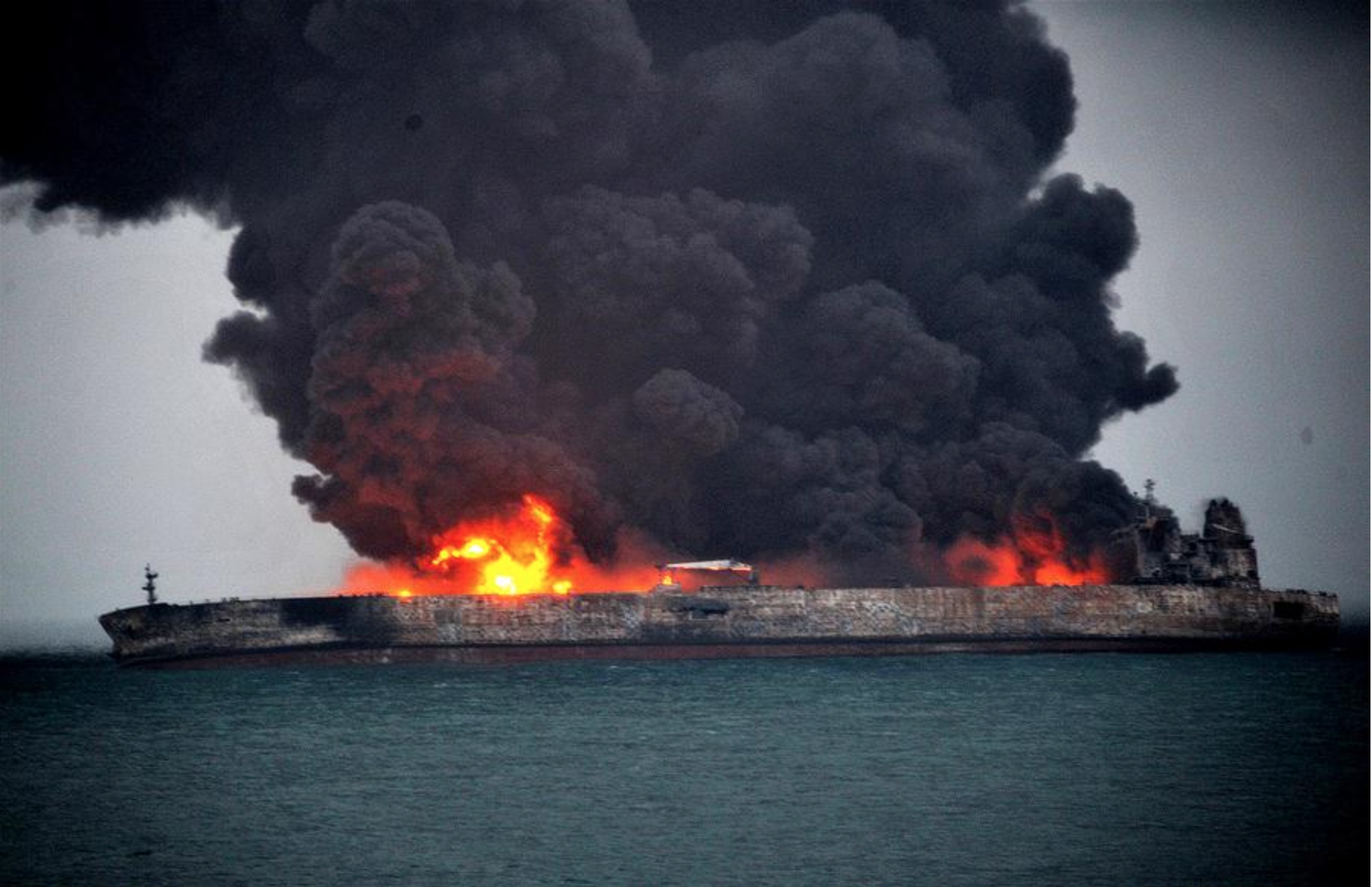 Iranian officials have conceded there is no hope of finding survivors after a stricken Iranian oil tanker, ablaze for a week in the East China Sea, sunk.

Rescuers on Saturday recovered the bodies of two crew members from the lifeboat deck of Sanchi. Another body was found last week. But 29 crew members – 27 from Iran and two from Bangladesh – remained missing.

“There is no hope of finding survivors among the (missing) 29 members of the crew”, Iran’s maritime agency chief Mahmoud Rastad said on state television.

Chinese media reported that Sanchi had drifted into Japan’s exclusive economic zone and “suddenly ignited”, sending flames and smoke up to a kilometre up in the air.

China’s State Oceanic Administration said via the official Xinhua news agency that a large amount of oil in surrounding waters was on fire because the hull of the ship had detonated.

The administration said it would expand the scope of its monitoring and “quickly ascertain the spread and drift of overflowing oil” from the ship.

She collided with the CF Crystal, which was carrying grain from the United States, about 184 kilometres off China’s coast near Shanghai.