Written by Baird Maritime on February 4, 2019. Posted in Ship World. 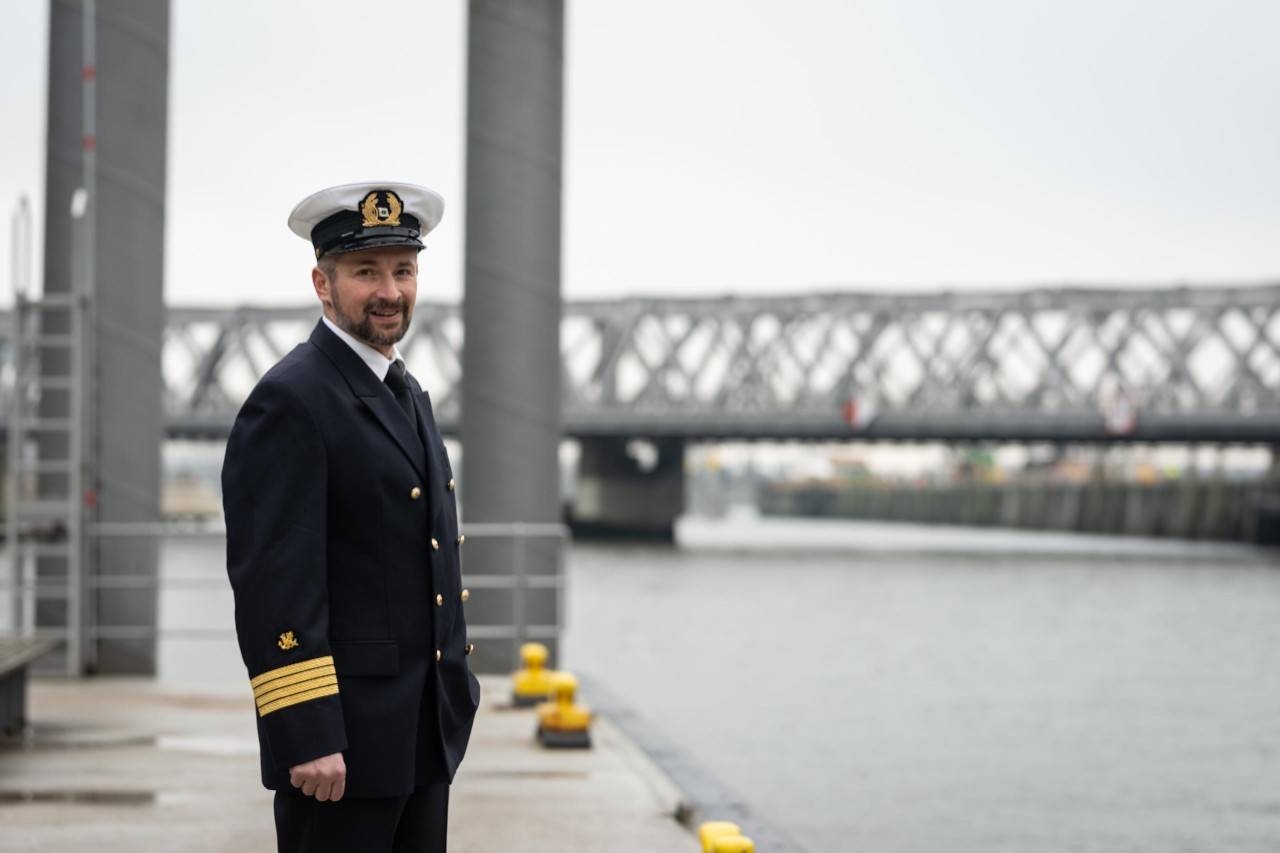 Tonci Botica grew up on a small Mediterranean island, where almost everyone goes to sea and where the first European long-distance traveller ever saw the light of day.

Tonci Botica comes from Korcula in Croatia, and the traveling ancestor is none other than Marco Polo, famous for his travelogues from China, where he held several positions, including as an ambassador under Kublai Khan in the 13th century.*

“On Korcula, every child wants to become a seafarer; it’s just in our blood,” says Captain Botica. “All the men in our family are seafarers! My father is a retired chief engineer and my two uncles are captains – but perhaps you have no other choice if you grow up only few metres away from the sea.”

After graduating from the Primary Nautical School on Korcula, Botica studied nautical sciences at the University of Dubrovnik before putting to sea with a Croatian shipping company. He left the company with the rank of second officer and joined a shipping company in Hamburg – until he got a very interesting offer from Hapag-Lloyd, which was right next door.

Hoping to discourage his son from going into seafaring, Botica’s father brought him along on an extended voyage when he was 16 years old. “We went from Rotterdam to South America, including Colombia and Costa Rica. But, by then, there was nothing I wanted to do more,” Botica says with a grin. “But I did have to promise him that I would become a captain.” It was a promise that this clear-eyed man would finally keep in 2015 with Hapag-Lloyd.

Since becoming a captain, Botica has been on the Ningbo Express, a 320-metre-long vessel with a capacity of just over 7,500 TEU that belongs to the Dalian Express class.

Botica loves working with people from all over the world.

“In general, I like working with people. I like to be in a group setting, and I enjoy interacting with others,” he says, adding that nothing has changed about that now that he is a captain. In describing his leadership style, he says: “For me, what matters is that people are friendly to each other.” 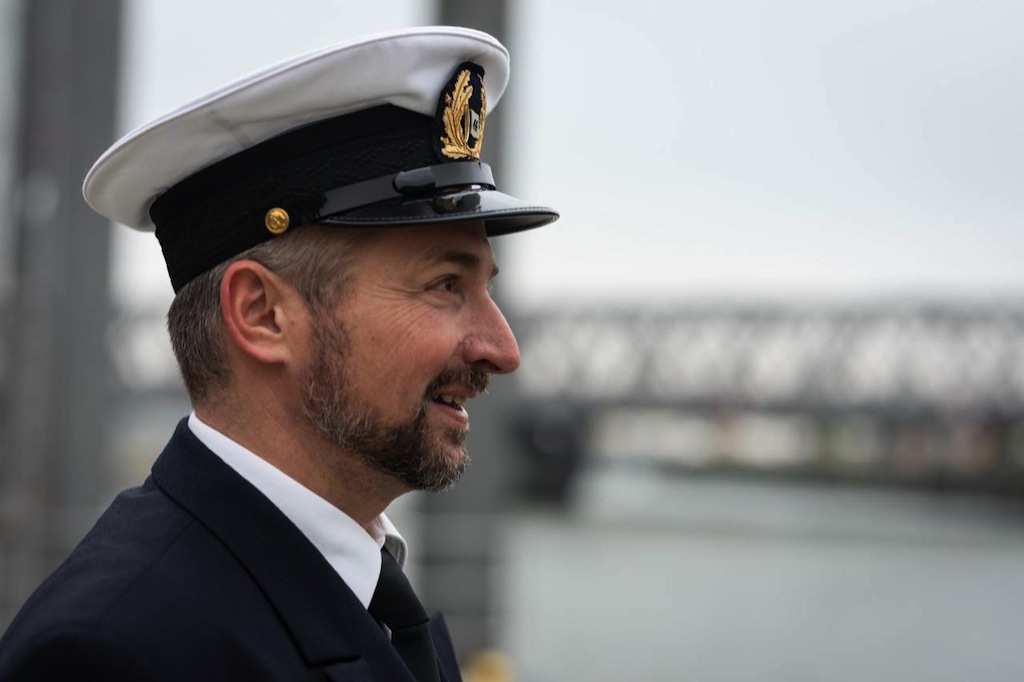 Botica finds it exciting that he has learned more and more about various cultures over the years.

“Every country is different and has its own unique spirit,” the 42-year-old says. When it comes to his Croatian compatriots, he describes them as strong-willed and pugnacious. Captain Botica loves his homeland. “We have over 1,000 islands and a whole lot of pristine nature,” he says. “And the water is clearer than anywhere else!” It’s simply perfect to live and vacation here!” It’s no wonder that he flies straight back to Korcula after three months at sea. Botica has his own boat and likes to go fishing and snorkelling. “I’m actually also on the water even during my time off work,” he says with a laugh.

“More than anything, my job is mentally demanding, so you need something that relaxes you and gives you some balance,” Botica continues. “That’s why I do sports or work out on board every day, if I can. We have a gym with a rowing machine, punching bag, table tennis and everything that goes with it – just watching movies or playing on the computer wouldn’t be for me!”

Botica calls the crew on board his second family. “If you work together day and night, you can’t help but get to know each other,” he says. And he also finds it exciting that the ages on board range from 17 to 65. “The older ones have experienced very different things in life. They have often had to suffer in strict hierarchies a lot more compared to how things are today,” Botica says. “We also talk a lot about our families, about what’s important to us. Not with everyone, but with most. I like that.” he notes. “We are a well-coordinated team.”

He primarily keeps in contact with his own family via WhatsApp. “I hardly ever write private emails anymore, as it takes much too long,” he says. “The internet and social media have really improved a lot. These days, I know when my kids are sick and I even do homework with them.” Though he misses his children and occasionally gets homesick, he still couldn’t imagine a better job. “I’ve been with Hapag-Lloyd for 12 years now, and there hasn’t been a single day when I have thought about going somewhere else or switching to shore,” he says. “One small thing that I appreciate about Hapag-Lloyd a lot is the Christmas present each year. It is always the first beneath my Christmas tree, and it makes me feel like part of the big Hapag-Lloyd family.”

Fittingly, it was in Marco Polo’s footsteps, in China, that Botica experienced his only case of the doldrums on board. “That was during the global economic crisis of 2008. We were stuck in Zhoushan, near Ningbo, for three months, with no cargo for far and wide. We kept the ship in good condition, but otherwise we didn’t have a thing in the world to do.”

When asked what he likes most about his job, Botica responds: “I call it the ‘freedom of the sea.’ Of course, we have tight schedules and everything has to run smoothly in the ports, which can be very stressful. But, out at sea, I feel more autonomous and free because I can handle a lot of things more flexibly. It’s completely different from an office job.”

*There are various theories about where Marco Polo was born, including Venice, modern-day Istanbul and Korcula, but the tourist board of Korcula leaves no doubt on its website, writing: “It is certain that the Polo – Depolo family originated in the town of Korcula.”