REMINISCENCES | A bit of light on the subject 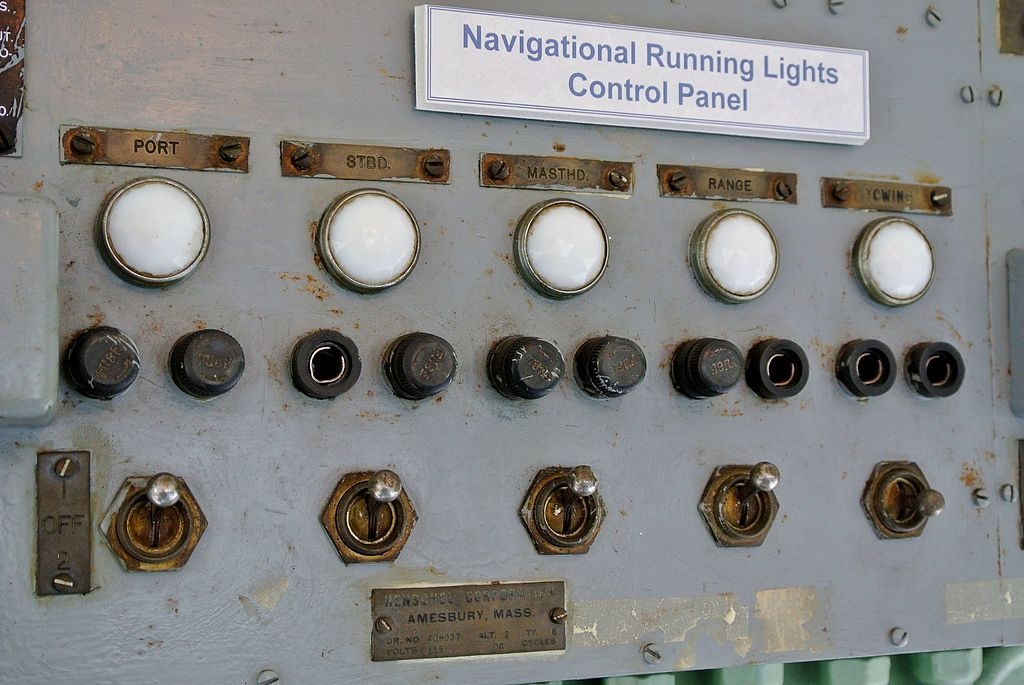 Back in the days when lookouts were posted on ship’s fo’csl’ heads and as well as keeping a good lookout the man had to repeat the time on the ship’s bell in response to the small bridge bell that was rung by the helmsman. When responding to the bell, it was also usual to call out “lights are bright” to indicate that all was well with the ship’s navigation lights.

In this context I was recently reading that of recent years it has become the practice to leave the nav lights on 24/7.  Having seen this I was reminded on an incident from my apprenticeship years during the early 1950s.

The Mate of our ship was a particularly hard man as far as us three apprentices were concerned. We shall call him Mr. Jones. The three of us comprised his 4-8 watch and so we got to know him fairly well. Although Mr. Jones was pretty good at switching the navigation lights off in the mornings he was somewhat forgetful when it came to switching them on again at nightfall and, sure enough, during one particularly long ocean crossing he forgot about the lights. This being spotted by our observant Master who then came up to the bridge and said, “I think we had better have a bit of light on the subject Mr. Jones.”

The next evening when I was again at the wheel, he remembered the lights, however, being keen to get him a ticking off, I reached over to the navigation lights sentinal and the master switch and turned the lights off again. This was a daft thing to do although we were out in the middle of nowhere and hadn’t seen another ship for over a fortnight.

Sure enough, it wasn’t long before our none too amused Master appeared on the bridge and said something like, “I thought I told you to turn them navigation lights on Mr Jones.” A couple of minutes later the Mate turned to me saying, “I feel sure i turned the lights on Spencer”. I replied by simply saying “I don’t know Sir!”  He then said that in future the man at the wheel was to remind him to turn the lights on every evening. Having succeeded in getting him a bollocking we were happy to comply.

A considerable number of years later when serving as Master I again met the Mate of my apprenticeship days who was then working ashore for a stevedoring company in Australia. We had a drink together and a laugh about the nav lights incident, which he said he had forgotten.