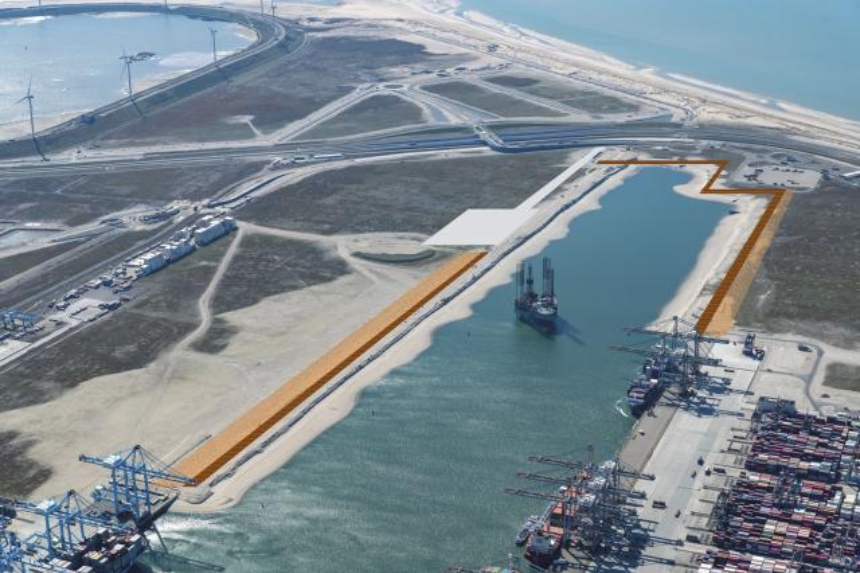 The Port of Rotterdam Authority has awarded the construction of some 2.4 kilometres of quays and earth-retaining walls in the Princess Amalia Harbour to a consortium formed by Dutch companies Van Oord and Ballast Nedam and German construction firm Hochtief.

The project is expected to help increase the port’s annual container throughput capacity by an estimated four million TEUs.

The new building work will be on either side of the harbour, which is approximately 2.5 kilometres long. In total, this includes 1,825 metres of deep-sea quay, 160 metres of inland shipping quay, and 360 metres of earth-retaining walls.

Barring 725 metres, this means that the entire harbour basin, which went into use in 2015, will be enclosed.

The project also includes the construction of a 160-metre waiting area for general use by inland shipping vessels.

The completion of the first 500 metres of quay wall is expected in late 2022 while the final part of the project will be completed no more than 18 months later.

In addition to the construction of the quays, which will have a retaining height of 29 metres, the work also involves dredging the quays to a depth of more than 20 metres below sea level. In order to accommodate the future container cranes, a rear crane track of approximately 1.8 kilometres will be constructed on piles.

The quays will be equipped with a wide range of sensors to monitor forces and any deformations. In addition, special concrete blocks will be installed at two locations to act as artificial reefs to stimulate underwater biodiversity.

Van Oord said the materials needed for the construction project will be transported over water as a sustainable alternative to transport via road. To further reduce emissions, the construction equipment to be used will be powered by electricity or hydrotreated vegetable oil (HVO), which has around 89 per cent fewer carbon emissions compared to diesel fuel.