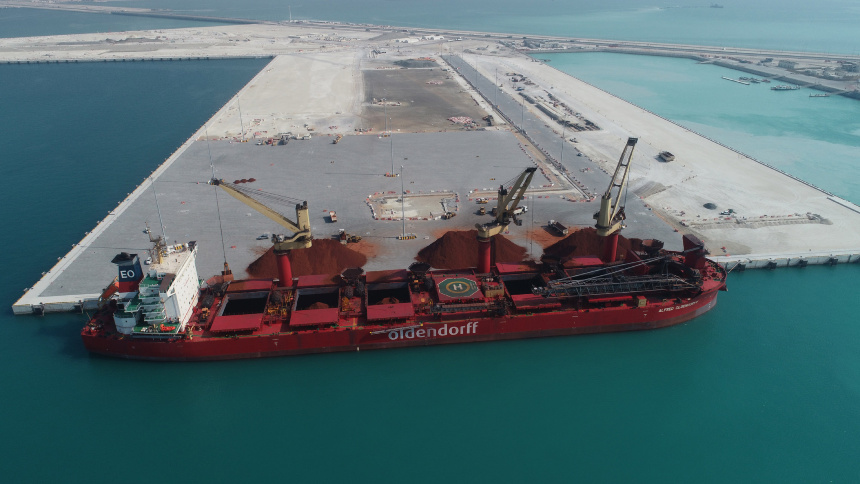 The new facility consists of two berths with a total of 650 metres of quay wall and 37,000 square metres of terminal yard space.

Among other things, the new quay will serve as an offloading point for bauxite destined for Emirates Global Aluminium’s Al Taweelah refinery. It will supplement an existing quay that could accommodate Capesize vessels.