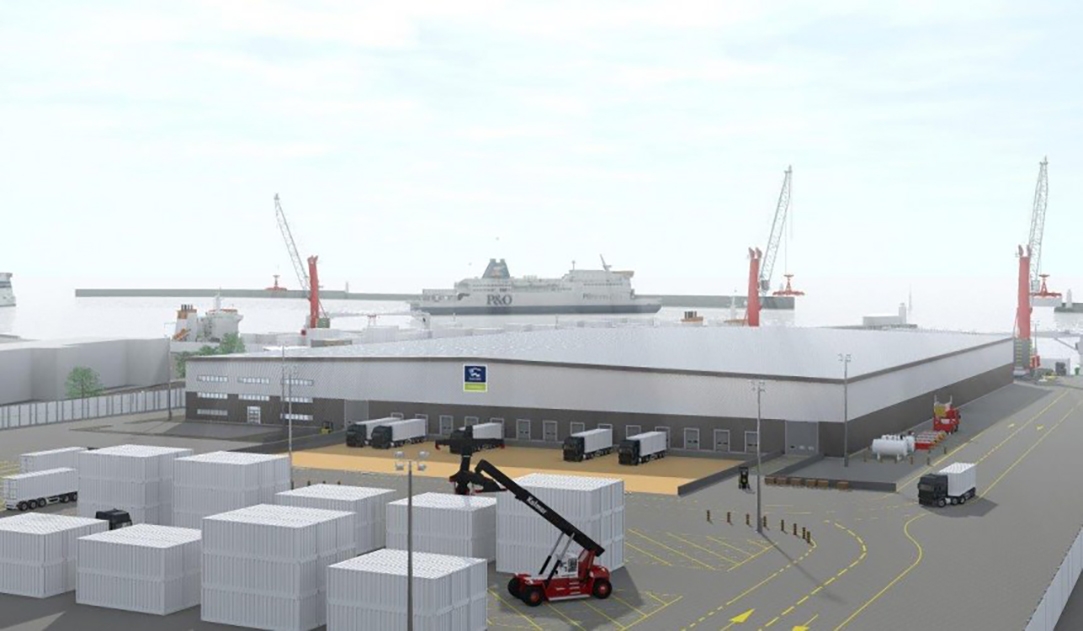 England’s Port of Dover has awarded a £15million (US$21 million) contract to Buckingham Group Contracting to build a refrigerated cargo terminal (RCT).

Part of the Dover Western Docks Revival (DWDR) development, the 9,630-square-metre multi-purpose facility will be an externally clad steel-frame building with eight temperature-controlled chambers capable of holding cargo between 1C and 14C. It will include 20 dock levellers for a rapid turnaround.

DWDR Program Director Dave Herrod said the RCT is scheduled to open in the first quarter of 2019.

It will be complemented by new marine and land infrastructure, including two cargo berths (Berth A: 251 metres; and Berth C: 300 metres, plus a dolphin) and Gottwald mobile cranes.