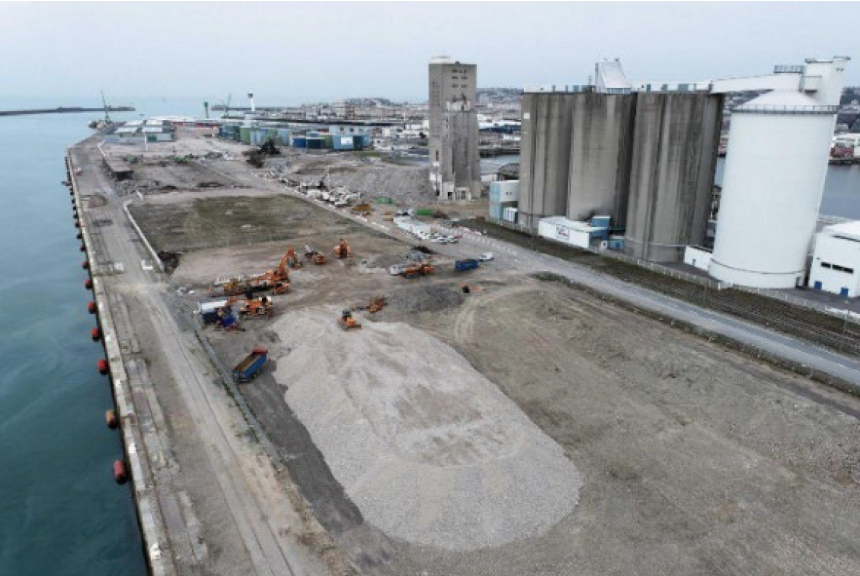 HAROPA – Port of Le Havre has selected a consortium of French companies to carry out modifications on one of its existing quays to enable the port to handle large wind turbine components such as 100-metre blades.

The consortium consisting of Eiffage Génie Civil, ETMF, ETPO, NGE Fondations, and SDI will carry out the redevelopment works at the Joannès Couvert quay to increase its existing capacity to 25 tonnes per square metres.

The works will entail the construction of two berths along a 400-metre stretch on the current quay. One berth will accommodate vessels that will be loaded with heavy wind turbine components while the other berth will be dedicated to the import and export of various components.

The upper part of the current quay will be cut to a height of four metres. A reinforced concrete slab will be supported on metal piles and the lower part of the existing structure in order to strengthen it.

Execution of this project will require around a hundred 30-metre-high metal piles over two metres in diameter and more than 500 bored concrete piles over a metre in diameter.

The works represent an investment of €64.9 million (US$78.8 million) and will form part of HAROPA – Port of Le Havre’s €123.6 million (US$150 million) global port redevelopment programme.

The works will run for a period of 84 weeks from the signing of the contract.