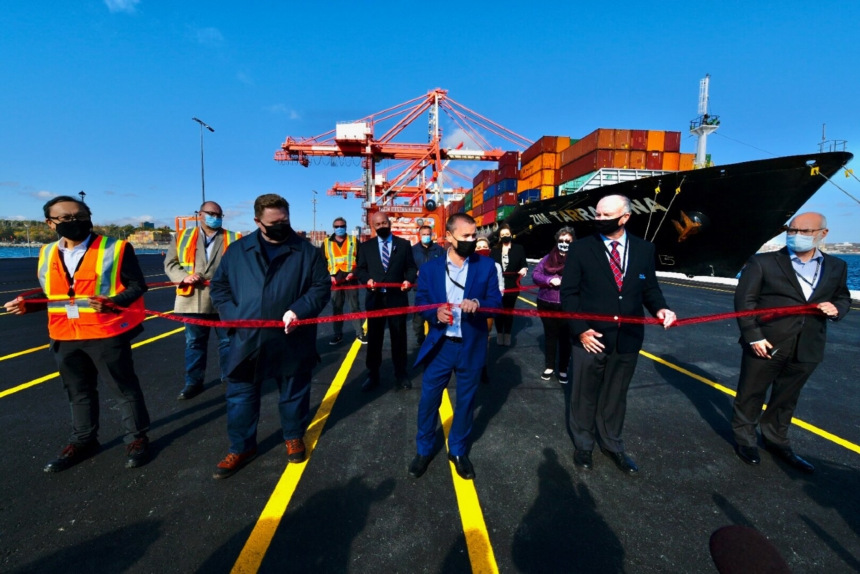 The South End Container Terminal extension at the Port of Halifax is now complete and is fully operational, the port said in a press release on Friday, October 23.

With the extension project finished, the South End Container Terminal operated by PSA Halifax now has the longest and deepest container berth in eastern Canada with a continuous length of 800 metres and a depth of 16 metres. The expanded berth is expected to enable the port to accommodate vessels with capacities of 15,000 TEUs.

The project began in January 2019 through a series of dredging works and had also included construction and placement of caissons and a fifth super post-Panamax crane, terminal infilling, installation of concrete walls and armour stone, and placement of additional topside infrastructure.