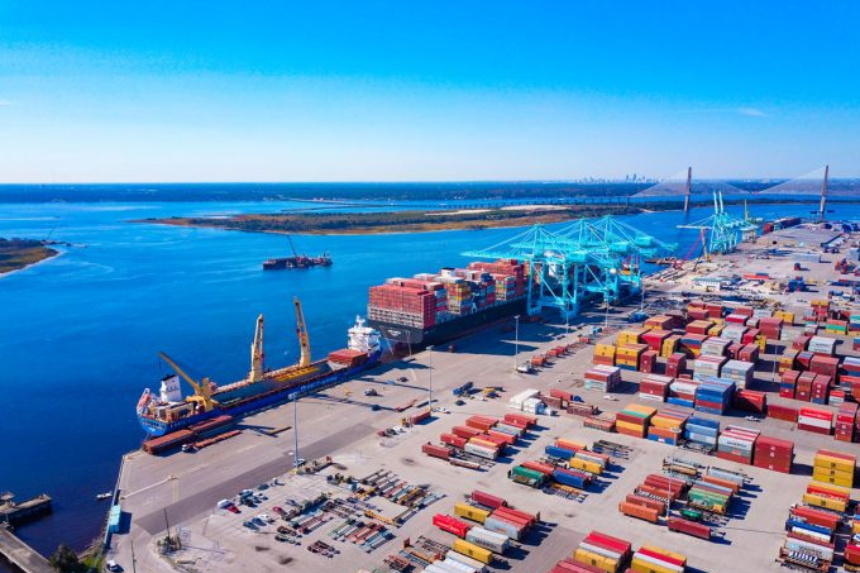 Jacksonville Port Authority (JAXPORT) contractors have completed the latest phase in a total of US$104 million in berth enhancements at the existing SSA Jacksonville Container Terminal at Blount Island, adding an additional 210 metres of newly rebuilt deepwater berthing space.

Completion of the final phase of the project, another 210 metres, will coincide with the completion of harbour deepening through Blount Island in 2022.

The reconstruction of the existing SSA Jacksonville Container Terminal is a public-private partnership between JAXPORT and SSA Atlantic.

Upon completion of the berth enhancements, the facility will feature two newly reconstructed 360-metre-long container berths capable of simultaneously accommodating two post-Panamax vessels. The berths are electrified to handle a total of 10 state-of-the-art environmentally friendly electric-powered 100-gauge container cranes, including three currently in use.

More than US$72 million in phased yard improvements are underway to enable the SSA Jacksonville Container Terminal to accommodate up to 700,000 TEUs annually.

The federal project to deepen the Jacksonville shipping channel to a depth of 14 metres from its current depth of 12 metres is fully funded through Blount Island, with anticipated completion in 2022, three years ahead of its original schedule. A new vessel turning basin that will allow larger vessels to turn at Blount Island berths is on track to be completed by the end of 2021.

OPINION | What would it take for Australia to walk away from the French submarine deal?