Fluxys to add LNG bunkering facility at port of Antwerp 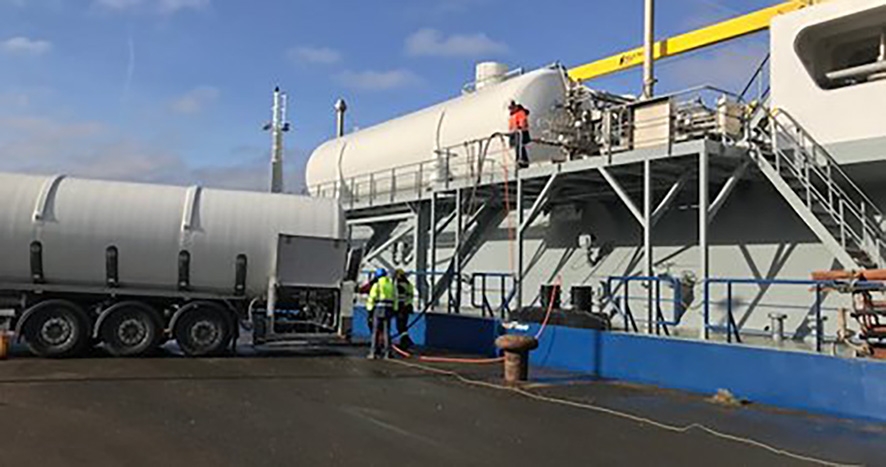 Fluxys will create a permanent LNG bunkering facility at the port of Antwerp by the end of 2019.

The Belgian company said it had taken over the concession at the port to make liquefied natural gas (LNG) available as an alternative fuel for smaller seagoing ships and barges.

The facility at Quay 526-528 will complement the port’s existing mobile (truck-to-ship) bunkering service.

The company is working with G&V Energy Group, which will also build an LNG filling station for trucks at the same site.

The ports of Antwerp, Amsterdam, Rotterdam, Zeebrugge, Bremen, Le Havre and Marseille are collaborating under the auspices of the International Association of Ports and Harbours to develop a suitable accreditation process for providing LNG, known as the LNG Accreditation Audit Tool.

The first draft of this international safety standard was welcomed this month in Amsterdam by stakeholders.