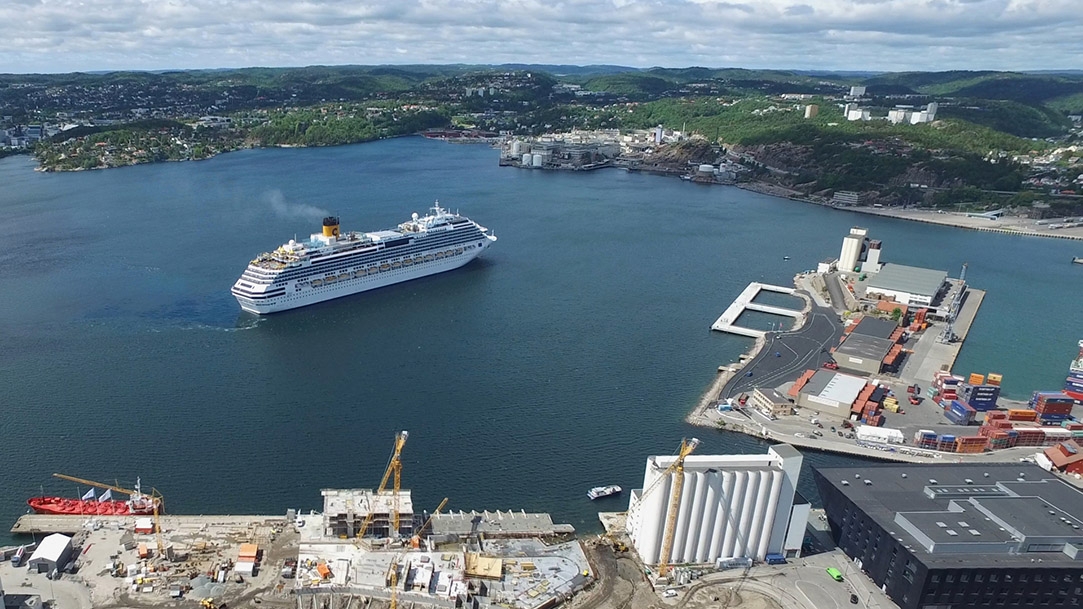 Norway’s Port of Kristiansand will install a shore-power system at its cruise terminal in conjunction with Agder Energi Nett and Danish company PowerCon.

Strategically located between Oslo and Bergen, the port’s €4 million (US$5 million) facility will be co-financed by the European Union (EU) and the Horizon 2020 SME program as an innovation and demonstration project.

Set to be Europe’s largest shore-power facility, it will be built by PowerCon to accommodate the world’s largest cruise ships in the 2018 cruise season.

It enables cruise ships to shut down their engines in port and instead use electric power.

The project will help the EU to achieve its target of shore power in all important European ports by 2025 and also help Norway reduce its greenhouse gas emissions by 40 per cent by 2030.

The eight-piece system of 20-foot containers can supply up to 16mVA of electric energy in line with the international high-voltage IEC 80005-1 standard.

It has a frequency converter that provides ships with the required 50/60Hz.