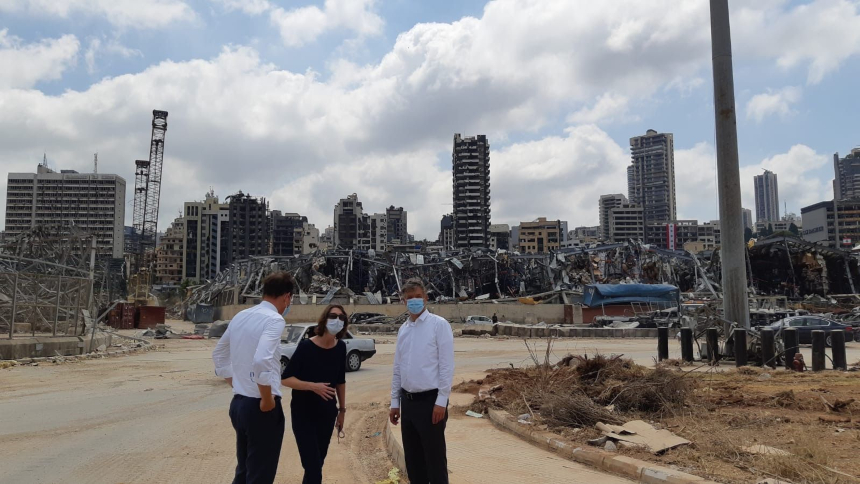 Representatives of the Dutch Ministry of Foreign Affairs and the Port of Rotterdam Authority recently visited the Port of Beirut in Lebanon to determine how the Netherlands can support its reconstruction following an explosion there that had killed over 100 people and injured thousands more on August 4, 2020.

The findings of the visit will be used to establish what needs to be done for the port to return to full operations in the short term, and which steps need to be taken in the context of its structural rebuilding.

As part of the Netherlands’ contribution to the rehabilitation of the facility, the Port of Rotterdam Authority will share its knowledge on developing port areas and realising port infrastructure.