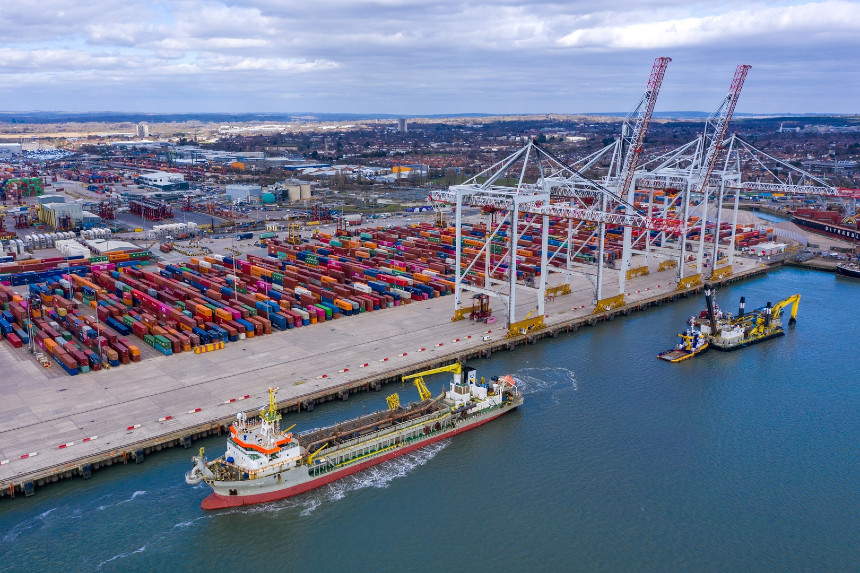 DP World Southampton has confirmed the investment of £40 million (US$54.7 million) in a project that seeks to expand the capacity of Britain’s second largest container terminal.

Among the works under the project is the recently completed dredging and widening of berths that will ensure the Port of Southampton will continue being capable of accommodating larger ships. The dredging was conducted in partnership with Associated British Ports.

Other works include installation of eleven hybrid straddle carriers, redevelopment of the container yard to increase its capacity by 25 per cent, extending a quay crane rail by 120 metres to ensure that cranes can service all berths at the terminal, and construction of a border control post (BCP), including UK Border Force and port health inspection facilities, to enable multiple government agencies to expedite checks on cargo entering the country.