Written by Baird Maritime on November 9, 2017. Posted in Port World. 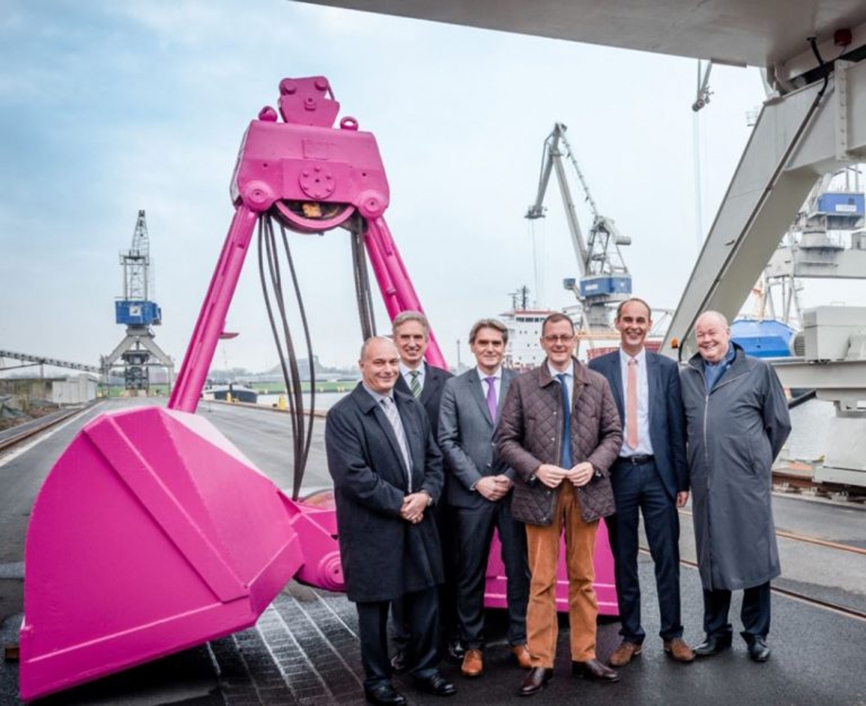 A new quay at Terminal 2 at Bremen has eliminated a long-standing bottleneck at the docks after its opening.

Bremenports port logistics firm Weserport said the works, which included the dismantling of the old quay and the construction of a new 250-metre-long quay, took three and a half years to complete.

“While ships with a maximum draught of 9.45 metres were able to dock at the Hüttenhafen in the past, it’s now possible to unload vessels with a draught of up to 10.50 metres – including Panamax vessels – following the extension work,” said Heiner Delicat, Managing Director of Weserport.

“That corresponds to as much as 5,000 tonnes of additional cargo, depending on the size of the ship.”

Weserport, a joint venture between the Rhenus Group and ArcelorMittal Bremen, operates four terminals at the industrial ports in Bremen. It caters for storing and handling steel, building materials, containers, bulk and break-bulk cargo and project loads.