Written by Baird Maritime on December 5, 2017. Posted in Port World. 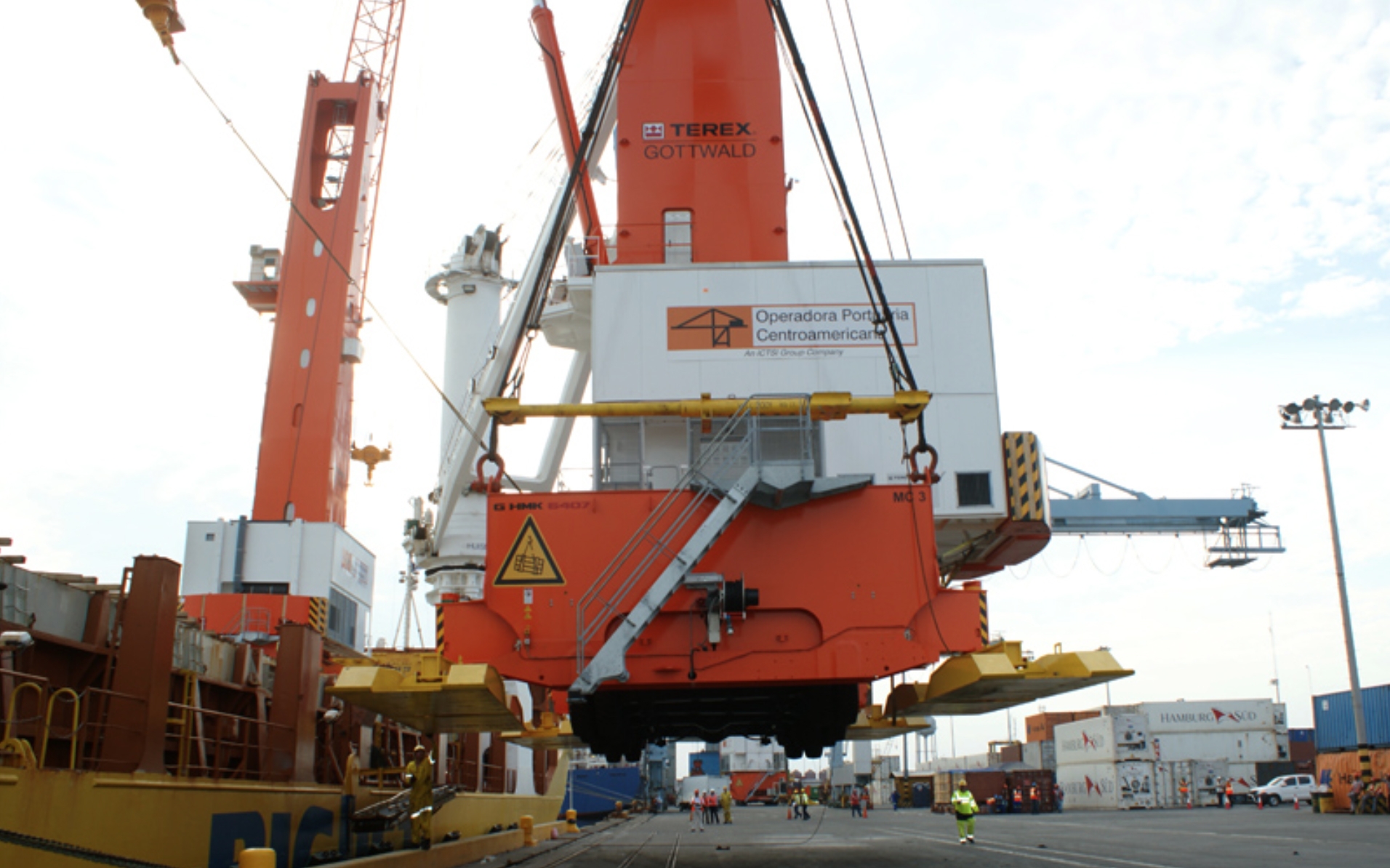 Work is continuing at the Honduran port of Puerto Cortés, which is undergoing the first phase of a US$624 million transformation to allow it to handle neo-Panamax vessels transiting the Panama Canal.

Operadora Portuaria Centroamericana, which operates the port, said the work over the next 14 years would involve boosting quay capacity to become a logistics hub for the Americas.

The US$148 million first phase of works will double the port’s operational capacity. It includes the construction of 350 additional metres of quay, dredging the channel to obtain a depth of 14.5 metres, and the implementation of two new super-post-Panamax gantry cranes.

President Juan Orlando Hernández announced in January the government had also committed to build seven land corridors, one of which will connect Puerto Cortés on the Atlantic Ocean side with the port of Amapala on the Pacific Ocean side.

The $130 million second phase of the project goes live in 2023, when another 200 metres of deep-draught quay will become available and four further cranes introduced. The 10 hectares of container yard will provide a capacity of 1.8 million TEU.

The third and final phase will increase capacity to 2.5 million TEU and that it will have nine super-post-Panamax cranes, four mobile cranes and 30 RTG cranes and 1,500 metres of quay.

Administrators said the last phase would depend on market demand.